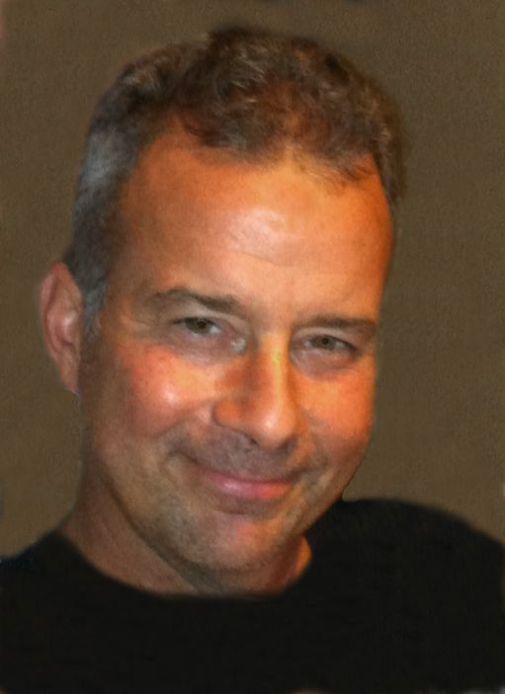 Brian J. O’Leary, 47, a life-long resident of Chelmsford, MA died Thursday, June 19, 2014, surrounded by his loving family and friends at Lowell General Hospital after a courageous battle with cancer.

He was married to Karen L. (Powers) O’Leary with whom he celebrated their 15th wedding anniversary on May 22, 2014. Brian was the father of four loving daughters.

He graduated from Chelmsford High School with the class of 1984. He worked as a carpenter for local construction firms and later became an independent contractor.

He was a communicant of St. Mary’s Church of Chelmsford.

Brian loved spending time with his family. He enjoyed fishing, snowmobiling and all outdoor activities, especially spending time at Rye Beach and Newfound Lake. He was also an avid Boston sports fan.

Besides his wife, he is survived by four daughters, Caitlin O’Leary, and Shea O’Leary who attend the Parker Middle School, Reagan O’Leary and Shannon O’Leary who attend the Byam Elementary School; his mother, Barbara O’Leary of Chelmsford; a sister, Caren O’Brien and her husband, Michael of Mason, NH; a brother, David “Butch” L. O’Leary Jr. and his wife, Suzanne of Kingston, MA; his mother-in-law, A. Shirley Powers of Chelmsford; and his sister-in-law, Brenda Lowney and her husband, William of Chelmsford. Brian is also survived by many nieces, nephews, aunts, uncles and cousins as well as life-long friends.

He was the son of the late David L. O’Leary Sr. and the son-in-law of the late William R. Powers both of Chelmsford.

Karen and family, I was so

Karen and family, I was so saddened to hear this news. Even though it’s been many, many years since I’ve seen Brian, he was always a special friend to me. We go all the way back to 6th grade @ McFarlin. We had several classes together @ CHS and he always could cheer me up and make me laugh! I hope each of you can find comfort in his strength, love and memories. Stay strong. Love, Jenna

So taken back with the news

So taken back with the news of Brian. So sorry and thinking of Brian and all of you. Prayers to you all. Love, Nancy

It is a rare man who can

It is a rare man who can build the foundation of such a loving family and the lifelong friendships that Brian created through his life. He will be missed by all the lives he made better by just being Bo. Our deepest condolences go out to all who loved Brian.
– Rick & Kim.

We are so saddened by Bo’s passing — he will be profoundly missed. Bo was a great husband, father, and friend to many. Please know that we are here for you.

Hold tight to all the great memories you shared…they will give you strength and comfort.

So incredibly saddened by

So incredibly saddened by this loss. He was a great person, full of fun. Prayers are with his family.

Karen and the entire O’Leary

Karen and the entire O’Leary family,

Our thoughts and prayers are with you all. Brian was always so full of fun and had a passion for life that was infectious. The memorial photo captures that mischievous twinkle in his eyes. He was a great friend and will be truly missed.

Love and prayers,
The McCormicks

I heard about Brian’s passing earlier this evening and I was immediately overcome by a flood of fond memories of you both. I am deeply saddened and so sorry for your loss.

Although we had not seen each other for too long, Brian was the kind of guy whose friendship never waned. I’m certain that had I met him in passing it would have been as though no time had passed at all.

Our thoughts and prayers are with you and the girls.

HI KAREN,I AM SO SORRY FOR

HI KAREN,I AM SO SORRY FOR THE LOSS YOU AND THE GIRLS HAVE SUFFERED.PLEASE KNOW I AM PRAYING FOR YOU AND YOUR ENTIRE FAMILY. RICK

I am devastated by this news. Brian was truly a ray of sunshine, always had a big grin on his face. I have many wonderful memories of him throughout CHS. I’m deeply saddened and my heart goes out to you and your family. He will be deeply missed.

Thinking of you at this difficult time,

So sorry. As a classmate of

So sorry. As a classmate of CHS 1984 I remember Brian well; his infectious smile, laughter, and great sense of living a fun life. I’m so sorry for your loss.

Karen and family,
So sorry to hear about Brian. Our prayers and thoughts are with you and your family.

I am so sorry for your loss, my thoughts and prayers have been directed towards you and Brian’s closest friend’s as soon as, I heard the news about his passing. It has been almost twenty-one years since I last spoke with Brian and like so many others, I know that if, I saw him in town a month ago, it would seemed , as though no time had passed at all. I know that beyond where we can see now there is laughter and silliness and peace because as we all understand, that was Brian. I’ve never met anyone since who could bring out the “Silly” or laughter any place like Brian and, I know that I never will meet another like him. He must have been so proud of his family, his girls.
I wish you peace in the times ahead. Cherish your memories they as are so precious.

I am so sorry to hear of Brian’s passing. My thoughts and prayers are with you during this most difficult time.

Karen and girls, you are all

Karen and girls, you are all in our thoughts and prayers. God has received an angel