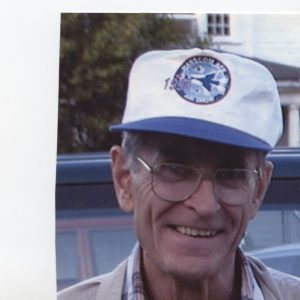 He was married to Marie (Blessington) Sevigny with whom he celebrated their 49th wedding anniversary on May 23, 2019.

Born in Watertown, MA, he was the son of the late Peter and Jeanne Sevigny.  He graduated from Marist Fathers High School in Bedford, MA with the class of 1948.

He previously worked at Baxter Healthcare of Bedford, MA, as a receiver. He was a resident of N. Chelmsford since 1977.

Fernand was a communicant of St. John the Evangelist Church; where he was a Lector, bingo worker, cantor and president of the St. Vincent de Paul Society.

He was a singer with St. Paul’s Archdiocesan Choir School in Cambridge and the Spindle City Singers in Lowell.

He was Proud “Grampy” to Sophie and Michael Stachulski, Benjamin, Leo and Fern Sevigny.

Besides his wife and grandchildren, he is survived by two sons, Paul and his wife, Ann Sevigny of Chelmsford, Robert and his wife, Emily Sevigny of Lowell; a daughter, Therese and her husband, Thomas Stachulski of Strafford, NH, a sister, Jeannette Holden and her partner, Robert Aumueller of Arlington, MA, a brother-in-law, Harvey Mills of Somerville, and many nieces and nephews.

Visiting hours Sun. 2 to 6 P.M. Funeral Mon. at 8am from the DOLAN FUNERAL HOME, 106 MIDDLESEX ST. CHELMSFORD, with a funeral Mass at 9am at St. John the Evangelist Church in N. Chelmsford. Burial in St. Joseph Cemetery, Chelmsford. Memorials may be made in his name to the St. Vincent de Paul Society, c/o St. John the Evangelist Church, 115 Middlesex St., N. Chelmsford, MA 01863.  ARRANGEMENTS BY DOLAN FUNERAL HOME 978-251-4041.

Marie and Family,
I was sorry to read of Fernand. My sincere sympathy. You are in my thoughts and prayers.
Pat Conrad

Marie and Family, I am in California. So sorry for your loss. After a long journey Fern is at Peace. Heaven has gained an angel. May your hearts be lifted knowing that he is with his Savior.
May God bless you with strength at this sad time.
With Love and Compassion.
George Pessotti

Mrs. Sevigny and family, I am so sorry to hear of Mr. Sevigny’s passing. My thoughts and prayers are with you all.
With love and sympathy,
John Powell

I would like to give my deepest condolences to all of the family of friends of Mr. Sevigny. May his memory be eternal.

Dearest Marie, I am so sorry to hear of Fern’s passing. Though I knew Fern for a very short time, I was blessed to have known him. May he be embraced in the Lord’s arms. God Bless you and your family during this difficult time.

Cousin Fern, you will be greatly be missed!
Cousin Marie, thoughts, love & prayers!

Marie, I’m so sorry to hear of Fran’s passing. He was always such a big part of our Parish family. I hope God sends you peace and comfort, knowing Fran is in His arms.

dear Marie so sorry to learn of Fern’s passing. Such memories in 49 years of marriage. Your lovely family and our faith sees us through these difficult times.

So sorry to hear of your husband’s passing. One of the North Chelmsford Good guys.