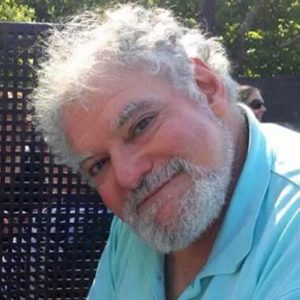 Jay Samuel Rose, 72, of N. Chelmsford, formerly of Brookline, MA died unexpectedly Tuesday, March 10, 2020 at Lowell General Hospital. He was married to Mrs. Geri (McDermott) Rose with whom he
would have celebrated their 3rd wedding anniversary on May 6, 2020.
Born in Brooklyn, NY Jay was the son of the late Joseph and Shirley (Wolf) Rose.  He was a graduate of Great Neck High School on Long Island, NY with the class of 1966.  He graduated from Emerson College
with a Bachelor in Arts in Communications with post-graduate work in Audio Engineering.
Jay owned and operated Jay Rose Sound, providing audio post-production services to the radio, television, and film industry.  He was a member of Audio Engineering Society, Cinema Audio Society, Massachusetts Association of Broadcasters, and the National Association of Broadcasters.  He had a passion for his profession and was an educator; the author of “Producing Great Sound for Film and Video” – widely used as a textbook in colleges across the U.S. – among many other educational books; and a worldwide mentor for students in communications and audio.
Besides his wife, he is survived by two sons and their wives, Joshua  and Melissa Rose of Gulf Breeze, FL and Daniel and Rachel Rose of Framingham, MA; a step son David and his wife Katherine Smith of Bethesda, MD; two step daughters, Tessa and her husband Keith MacGillivary of Hudson, NH, and Caitlyn Tracy of Lowell, MA; two grandchildren, five step grandchildren and 2 nieces.
Jay was the husband of the late Carla (Valentine) Rose who died Dec. 23, 2005 and the sister of the late Lois and Naomi Rose.
No visiting hours. The funeral will be at the DOLAN FUNERAL HOME, 106 MIDDLESEX ST., CHELMSFORD, to be followed by a reception at Lenzi’s of Dracut.  The date and time will be announced in a few weeks.  Memorials may be made in his name to the New England Philharmonic orchestra; the Massachusetts Society for the Prevention of Cruelty to Animals; Goodspeed Musicals of East Haddam, CT; or to the Public Schools of Brookline, MA, to be used specifically for music and theater programs.
ARRANGEMENTS BY DOLAN FUNERAL HOME 978-251-4041.