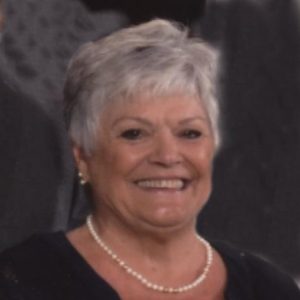 Born in Lowell, she was the daughter of the late Roger O. and Bertha M. (Courtois) Parent.

She graduated from St. Louis Academy in Lowell with the class of 1962, and earned an Associate’s Degree at Middlesex Community College.

She retired from Enterprise Bank and Trust as a Vice President of Human Resources.

She was a member of St. Margaret of Scotland Church in Lowell.

She was a member of Long Meadow Golf Club of Lowell and enjoyed quilting, playing cards, and going to the beach.

Our thoughts are with the family at this sad time. We only new Jeannie for a short time. But she was always laughing and full of life. She will be missed.
Joe and Rose Canestraro
Little River South Carolina

So sorry for your loss. From the little I did get to know of your mother her dash in life was a full happy one. That alone should give the family peace. Your neighbors all here at Cyrpress Village are here for you if you should ever need us.

Sorry i will not be able to make it for the service, my thoughts will be with tou on that day.

I (Wayne) have known Jeanne for over 25 years. She was the wife of my best friend. She was a wonderful sweet lady and she will be greatly missed. Deepest sympathy to her family. Wayne & Linda Coller