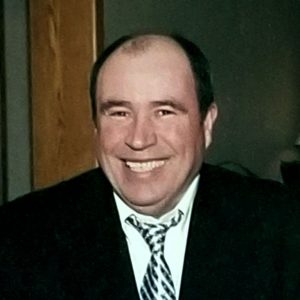 He was married to Mrs. Maria (Adelina) Caires with whom he would have celebrated their 52nd wedding anniversary on November 18, 2020.

Born in Madeira Island, Portugal on June 19, 1942, the son of the late Manuel and Isabel (Ferreira) de Caires.

He was employed for many years as the Foreman with the Town of Chelmsford in the Cemetery Dept. until his retirement in 2007.

He was a communicant of St. Anthony’s Church in Lowell.

Jorge was an avid musician; he composed and released twelve albums with his wife, Maria as Duo Caires and was well known in the Portuguese Community as well as internationally. He also enjoyed traveling and spending quality time with family and friends.

Besides his loving wife, Maria, he is survived by a son and daughter-in-law, John and Fatinha (Duarte) Caires of Hudson, NH, three cherished grandchildren, Kaylah and her husband Matthew Canarelli, Jake and Kassidy Caires all of Hudson, NH.

Duo Caires, may you soul rest in peace.

Thanks for the music that you have composed for all of us.

Your has come to sing your lovely songs up in heaven with Manuel Melim.

My condolences to family and friends.

Thank you so very much for you thoughtful and kind words!

Duo Caires, may you soul rest in peace.

Thanks for the music that you have composed for all of us.

Your time has come to sing your lovely songs up in heaven with Manuel Melim.

My condolences to family and friends.

John and family,
Sorry for your loss of your Father.

We appreciate your kindness! Thank you!

Dear John: My deepest sympathy to you and your family on the loss of your father. I first met your Dad when I was about 17 years old. He was a great mentor and friend that taught me many valuable life lessons. He was one of the most highly dedicated employees that I ever met. He took great pride in maintaining the Town’s six public cemeteries. He was always kind and patient to the visitors that came to the cemeteries. He was a true gentleman to everyone. I’m glad that he was able to enjoy writing songs and performing music with your Mom when they were younger. May he rest in peace.