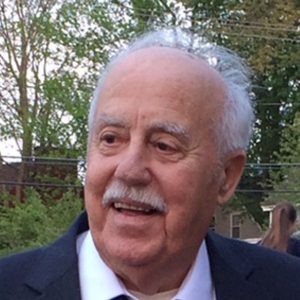 Mr. Joseph Charles Arthur Dupont, 90, of Lowell, MA, passed away at home on April 15, 2019 with family at his side.  He was born February 1, 1929, in Manchester, NH, son of the late Louis P and Marie R. (Beliveau) Dupont.  He married the love of his life, the late Virginia M. (Hunkins) Dupont on September 15, 1951 and they raised 4 children together.
He was a graduate of Manchester West High School with the class of 1948 and New Hampshire Technical College in 1957, he also took classes at Bentley College, M.I.T., Northeastern and University of Lowell.  Joe served with the U.S. Navy during the Korean War.
He was employed at Avco as a designer in the electromechanical industry.  He was also an I.R.S. enrolled agent and owner of the Dupont Tax Service, preparing tax returns for more than 40 years.
Joe was an animal lover, a wood worker and could fix just about anything.  His family will remember his love for animals and how chickadees, chipmunks and skunks trusted him enough to eat from his hand. Joe also had a great sense of humor and liked making people laugh.
He is survived by two daughters and sons-in-law, Janet and Donald Nagle of Oviedo, FL and Jody and Donald Valcourt of Nashua, NH; a son David Dupont and his fiancée Lisa Grondin of Middleton, NH; a daughter, Dianne Mandeville and her fiancé David Doubleday of Lowell; ten grandchildren and four granddaughters-in-law; Jonathan and Cathy Nagle, Drew Nagle, Ryan Valcourt and Rebecca Whittemore, Shawn and Stacy Valcourt,  Nicholas and Erin Valcourt, Tasha, Tyler, Kayla and Cole Mandeville and Jesse Dupont, as well as 5 great grandchildren.  He is also survived by his brother-in-law and wife Robert and Gerry Hunkins, his long time companion Mary Russell and several nieces and nephews.
Memorials may be made in his name to Dana Farber /Jimmy Fund P.O. Box 849168, Boston, MA 02284-9168

2 Condolences for Joseph C. A. Dupont of Lowell, MA

Sorry for your lose. Joe was always a great friend to my Dad. He was a good man.

So sorry to hear of your dad’s passing. My deepest sympathy!