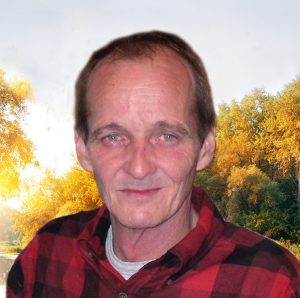 Born in Winchester, MA he was the son of the late Warren and Frances (Rae) Johnson.
Mr. Johnson attended Billerica High School prior to starting a 38 year career at Bain Pest Control of Lowell, from where he retired in 2017.

He was a communicant of St. John the Evangelist Church in North Chelmsford, MA.

Larry enjoyed camping, hunting, vacations in Florida and being outdoors.

Sincerest condolences to the family. Rest In Peace Larry!

Our deepest sympathies to the whole family.
Love
Nalini, Kristel and Reuben

Carl & Family, I’m so sorry for your loss. Rest In Peace Larry.

Barbara and Family, I couldn’t believe when I heard about Larry’s passing. I first meant Larry when I managed an Italian restaurant in the north end of Boston in the 1980’s. He was always bright an early and sent him home with some deserts that he said his wife and kids loved.

My sincerest and deepest sympathies go out to you Barbra and family.Rest in peace now and forever our brother Larry until we meet again.

When we lose aloved one here on earth. We gain an angel in heaven that watches over us. Our condolences to family may our friendship and prayers ease through the difficult time.

I work with Larry for many years at Bain. Was shocked to see Larry’s passing in the paper. Larry and I worked Friday evenings doing Miter. Was always great full when he would cover for me so I could work my second job or attend functions with my kids at the time.

Very sorry for your loss at such a young age. May Larry rest in peace.