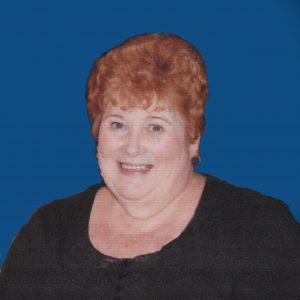 She was married to the late Richard Morrison, who died on October 18, 2014.

Born in Skowhegan, ME she was the daughter of the late Mahlon and Ruth (Foss) Bonnin.   Linda graduated from Skowhegan High School with the class of 1959. After high school Linda went on to earn her Bachelor’s degree from the University of Maine in Farmington and then her Master’s degree in education from UMass.

She retired from the Westford Public School System after 30 years teaching at Westford Academy, the Norman E. Day School, and the Blanchard School.

During her time as a teacher for the Westford Public School System she served as the Union President for the Westford Teacher’s Association. As an active democrat, Linda supported many democratic organizations in Westford and Littleton.

Among her favorite things to do was spending time with her grandson, sewing, and watching birds.  She also had a love of flowers, animals and nature.

Linda is survived by her son and his wife Marc and Tracy Morrison of Leominster, MA, her grandson Riley Morrison, her cousins Brent and Cindy Foss of Athens, ME, Eric Foss of Athens, ME, her second cousins Nora and Nathaniel Foss, her close friends Shelagh Brady of Westford, MA, Linda Lemire of Chelmsford, MA and several other extended family members.

Relatives and friends are respectfully invited to attend her calling hours on Monday, July 27, from 10 Am to 11 Am at the DOLAN FUNERAL HOME, 106 MIDDLESEX ST. CHELMSFORD. Her funeral service will follow at the funeral home at 11 AM. ARRANGEMENTS BY DOLAN FUNERAL HOME 978-251-4041. Guestbook at www.dolanfuneralhome.com

I would very much like to be able to send a letter to Marc and Tracy. If someone would be kind enough to text me a mailing address(regular old snail mail), my cell # is 612-867-0711.