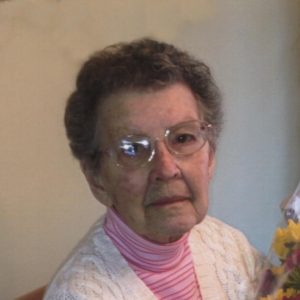 Born in Chelmsford, she was the daughter of the late John D. and Helen T. Knox.   She graduated from Chelmsford High School with the class of 1943.

Margaret was a devoted homemaker to her family.  She helped raise her great granddaughter, Sarah who she adored and loved.

She was a communicant of St. John the Evangelist Church in N. Chelmsford, MA.

Margaret was an Auxiliary member of the A.W. Vinal American Legion Post 313 in N. Chelmsford.

She was the sister of the Late John D. Knox Jr. of N. Chelmsford, and the late Helen E. Homen of Lowell.

Visiting hours Thurs. 4 to 7 P.M. Funeral Fri. at 10am from the DOLAN FUNERAL HOME, 106 MIDDLESEX ST. CHELMSFORD, with a Liturgy of the Word Service at 11am at St. John the Evangelist Church in N. Chelmsford. Burial in the Fairview Cemetery, Chelmsford. ARRANGEMENTS BY DOLAN FUNERAL HOME 978-251-4041. Guestbook at www.dolanfuneralhome.com