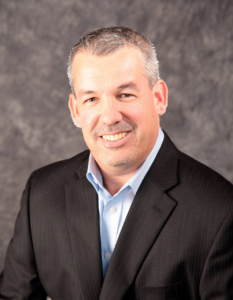 Mark Dearborn 50, of Chelmsford, Ma passed away Sunday March 17, 2019, due to injuries sustained in a motor vehicle accident.

Mark was born on June 27, 1968 in Lowell, Ma to his mother, Patricia (Craig) Dearborn of Nashua, NH, and his Father, the late Richard A Dearborn, Who passed away in January of 2013.

Mark was a graduate of Chelmsford High School in 1986; where he was a standout hockey player, and continued on to play at Southeastern Mass University (now known as UMass Dartmouth). He went on to play two years of minor league hockey followed by a successful professional career in France and Austria. He continued to play throughout his life, enjoying his time spent with many great teammates and close friends.

Mark was employed by the Arpin Group, an international moving and storage company, since the year 2000, where he was the Vice President of Global Accounts. He served as a board member and was active with numerous charitable foundations, most notably as president and a founding member of the Arpin Charitable Fund (“Arpin Strong”), which was formed in 2013 following the Boston marathon bombings, Under his leadership the organization has raised over $300,000 for charity, helping hundreds of worthy causes along the way. He most recently returned from a trip to Panama City, Panama, where he selflessly assisted in the construction of four new houses, which were built to help aide the city’s homeless population.

Mark is also survived by the pride and joy of his life, his daughter, Alexie Dearborn, a freshman student at Lake Superior State University in Michigan, along with his brother David Dearborn of Tyngsboro, Ma, his nephews, Drew Dearborn and Austin Dearborn, as well as several cousins.

He is also predeceased by his brother, Richard C. Dearborn of Chelmsford, Ma, and his beloved Aunt Kathy (Craig) Austin of Westford MA. In addition, Mark will also be deeply missed by several close friends, who he considered to be part of his family.

Mark was a great father, son, brother and friend and will forever be in the hearts of all who loved him.

Visiting hours will be  Sunday from 1 to 5 p.m. His funeral will be Monday at 10am from the DOLAN FUNERAL HOME, 106 MIDDLESEX ST. CHELMSFORD, with a funeral Mass at 11am at St. John the Evangelist Church, N. Chelmsford, MA. Burial in Fairview Cemetery in Chelmsford. Memorials may be made in his name to a fund for his daughter, Alexie’s education at gofundme.com/lexie039s-fund. ARRANGEMENTS BY DOLAN FUNERAL HOME 978-256-4040.

31 Condolences for Mark Dearborn of Chelmsford

So sorry to here of Marks passing, our prayers go out to you and family.

I am going to miss you my friend. I enjoyed the many conversations about hockey as well as the many jabs back and forth about the Yankees/Red Sox rivalry. At first you were a valued customer but you became a friend who I respected. You have made me a better customer service person but I have also learned how to be a better person through your charitable endeavors.
My condolences and sympathies to Alexi.

There are no words to make your loss lighter. May you take comfort in knowing he is in the arms of the Lord.

My deepest Sympathy to the Dearborn family.
May Mark rest in peace.

so so sorry Pat, David and Aleixe my heart goes out to you. R.I.P. Mark.

Love and condolences from Bruce and Lisa (Temmallo) Cole and family.

I knew Mark, but not as much as I continue to learn about his life. Reading further I wish I talked to him longer , asked more questions. He shared his love for his daughter always! He snuck in his “like” for hockey sometimes lol. I am honored to have met him!

I still can’t believe he is gone from my life. I will cherish the memories of our times together, the laughs we shared, the hard work we did for others, and for the many things Mark brought to my life. He will be sorely missed by all who knew and loved him. Please know that the entire family, as well as his friends and acquaintances, are in my thoughts and prayers. God Bless.

I’m so sorry for your loss. Mark was a great man with a good heart and was alway a fun person to be around. For as long as I have known him everyone wanted to be around him when he was around, he has always been a winner on and off the rink! We will miss him greatly.

Mark, I’m so Sorry you have been taken home way to soon. My heart is sad.
My Deepest Condolences To Family. May you find comfort in Memories.
Rest In Sweetest Peace, Mark

My condolences to Pat, David, and Alexis. I’ve know Mark nearly my whole life and he was always a great friend. I will cherish the many great memories of him forever. R.I.P. my friend

I am truly saddened for the loss of your son. My condolences to you and his family. May God be with you and all your family in this hard time and always.

Oh how We enjoyed our 22 years as industry colleagues and friends.
You were meant to be with me in Sarasota FL this weekend. I am coming to Boston instead.
RIP Mark

With heavy hearts, we send along our thoughts & prayers to the Dearborn family. Mark was one of a kind. He will be truly missed.

We are so sorry to hear of Marks passing.

Our prayers and with his family and friends

Love Hugs & Prayers to All Dearborn Family members & Arpin Associates. Truly you will be missed.

PAT SO SORRY FOR YOUR LOSS MY THOUGJTS AND PRAYERS ARE WITH YOU AND YOUR FAMILY.

To Pat and family. My heartfelt thoughts and prayers are with you.

My deepest sympathy to the Dearborn Family my thoughts and prayers are with you at this sad time.

Mark was a mentor to me, and always treated me like a little brother. I will miss him dearly. Rest In Peace my friend.

Will miss your quick wit, your sincere smile, your true friendship. We’ve all lost a bright star in our lives. RIP my friend.

Our deepest sympathy. Our hearts are open to you-Pat. Love. Linda and Jeff.

We wish we had one more chance to laugh with you. We will remember these times the most. Rest in peace, friend. We will miss you. .. marylynn and jimmy.

My deepest sympathies to Alexie and all of Mark’s family.

Mark, I have so many great memories from my hockey years and you were a part of most of them, especially our 1994 Raiders National Championship team.

Rest in Peace my friend. Thanks for your friendship and the laughs.

Our condolences and sympathies to his family. He will be greatly missed by all of us.

Our condolences and sympathies to Mark’s family. He will be greatly missed by all of us.

I know Mark for few years through moving business. He was such a sweet person, knowledgeable, knows lot of culture and make you feel your friend in your first meeting with him. He was very family oriented person along with deep involvement in his work. I didn’t know how he was doing so many things in one life, I guess he know that he had less time so he did so much in his life that one can only imagine. I am still in shock and cannot believe that I will never hear from him on emails or calls. I pray to God for his family, friend to go through this such a difficult time. May you rest in peace Mark. You will be in our hearts forever.

Prayers and Remembrance to the Dearborn Family Always and Alexie. God Speed.

Pat, You and your family are in our thoughts and prayers. Mark will be forever in your hearts. We are so very sorry to hear of his death.

To Pat & family, I so very sorry for your loss. My Thoughts & Prayers go out to you & the Family.

How very sad to lose Mark so young and doing so much good in the world. My sincere condolences to the Dearborn family.