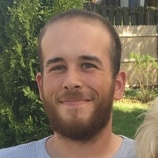 Born in Lowell, MA on August 10, 1993, and raised in Dracut and Tyngsboro, Nathan had resided in New Hampshire since 2013. A 2012 graduate of Greater Lowell Technical High School, he specialized in Metal Fabrication and was a member of the Football Team during his Freshman and Sophomore years.

Nathan was employed as a Welder/Pipe Fitter with Industrial Piping and Certified Welding Co. Inc. in Woburn, MA and valued the friendships he developed with his co-workers. Nathan was currently enrolled in Pipefitting Certification Education at the Andover, MA Campus of the Gould Construction Institute and possessed OSHA-10 Certification.

Nathan was an avid car enthusiast and enjoyed restoring antique trucks and muscle cars.  His interest in cars and trucks began in his toddler years and grew to become not only a devoted hobby but a finely honed skill. In 2018, he purchased his dream car, a black 2018 Dodge Challenger R/T Shaker which he considered to be his “pride and joy.” Five years prior, he had purchased a 1983 Chevy C-10 truck which he invested time in restoration efforts, having recently sold it to a close friend. As a tribute to Nathan’s life, this vehicle’s restoration will be completed. In addition, an engine which he rebuilt will be placed in his best friend’s vehicle as a remembrance of both their friendship and shared interest.

Nathan was an animal lover and especially close to the family’s Yorkshire Terrier, Mahalo. As a child, he participated in the Dracut Youth Soccer Association and was a proud member of the winning team of his Italian Family’s Annual Bocce Tournament at age 10.

Nathan was known to always put the well-being of those he loved ahead of his own needs or desires. He was quick to offer his assistance, knowledge, advice and support without hesitation. He loved with all of his being and he possessed a determination like none other. He would visit his grandmother daily and the bond they shared was visible to those who were close to him. He never failed to bring a smile to someone’s face when they were down and his incredible sense of humor and intoxicating laugh will never be forgotten. He was a loving son, a protective grandson and a loyal friend and his family is dedicated to keeping his memory alive through acts of kindness within the world, a gesture which Nathan exhibited throughout his life. In continuing Nathan’s generosity to all of those he encountered, his family arranged for him to pass on the gift of life through organ and tissue donation via New England Donor Services.

He is survived by his mother, Michelle (Recco) Dinan and her husband, Joshua of Nashua, NH; his beloved grandmother, Claudette M. Maria of Dracut, MA; his Godmother, Helen (Cogliano) Lyons of West Palm Beach, FL; his half siblings, Skylar, Brenden & Kayla Olsen of Sylvania, GA, as well and many family and friends. In life, friends often are considered family and this was true of the Taylor Family of Tyngsboro, MA; David, Lisa, Damion & Amy (Taylor) Anderson.

He was predeceased by his father George Gordon Olsen who died on July 3, 2010 and his grandfather, the late Michael Recco, Jr. who died December 9,2003.

Visiting hours will be held on Tuesday, August 11, 2020 from 6:00 P.M to 8:00P.M. with a service following at 8:00 P.M. at the DOLAN FUNERAL HOME 106 MIDDLESEX ST. CHELMSFORD. Memorials may be made in his name to Boston Children’s Hospital – Department of Neurology, 401 Park Drive Suite 602, Boston, MA 02215-5301. At a later date, the family intends to establish a Scholarship Fund in Nathan’s memory at Greater Lowell Technical High School to assist Metal Fabrication students in furthering their education.
ARRANGEMENTS BY DOLAN FUNERAL HOME 978-251-4041.

Written by grahamD2 on August 6, 2020. Posted in Obituaries