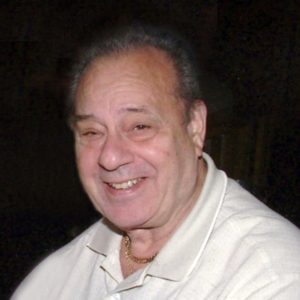 Roland J. Laurin, 86, of Chelmsford died Monday night, April 1, 2019 at the Northwood Rehabilitation and Health Care Center in Lowell surrounded by his family.

Born in Lowell, he was the son of the late Victor and Jeanette Laurin.  He graduated from Lowell High School with the class of 1950 and earned a Bachelor’s of Science in accounting from Bentley College of Waltham.

He proudly served with the U.S. Army during the Korean War.

Roland worked as a financial analyst for the GCA Corporation of Burlington for 24 years and finalized his career at UMASS Lowell.

He was a communicant of St. Mary Church in Chelmsford.

Roland was an avid New England sports fan, and enjoyed going to Foxwoods and Las Vegas.

Visiting hours Thurs. 5 to 7 P.M. Funeral Fri. at 10 A.M.  from the DOLAN FUNERAL HOME, 106 MIDDLESEX ST., CHELMSFORD, with a funeral Mass at 11 A.M. at St. Mary Church, 25 North Rd., Chelmsford.  A private burial will be at Pine Ridge Cemetery in Chelmsford.  Memorials may be made in his name to Lowell General Cancer Center, 275 Varnum Ave, Lowell, MA 01854.  ARRANGEMENTS BY DOLAN FUNERAL HOME 978-256-4040. Guestbook at www.dolanfuneralhome.com

Our deepest, most sincere condolences for the loss of your father/grandfather. From all the stories I’ve heard, he was a wonderful man and has given you have some beautiful memories. Hold tight to those in this time of sorrow.

If we can do anything, please let us know. Love,
Rene & Pam Bernier

Our deepest sympathy to your family! You all have been through so much in such a short period of time. Life works in mysterious ways, sometimes it is hard to understand what each person might be going through in life but always remember to keep the faith and the love for each other<3 Love you!

Deepest sympathy to the Laurin Family in the loss of your father and grandfather,rollie.
I believe he is in good company eating and drinking with Marion and Donna and John and Dave,
and Bunny and Esther helping to pour the drinks and pass the food platters. Chees and crackers with some fine wine and whiskey, beers and lasagna.
love,the Woods’