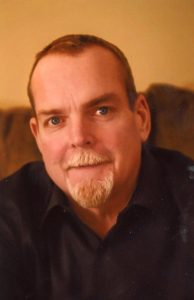 He was married to Cheryl A. (Stafford) Bovill with whom he has spent the last 25 years with and would have celebrated their 17th wedding anniversary on August 16, 2020. Born in Lowell, he was the son of Thomas Bovill and Barbara Lowe of Chelmsford. He graduated from Nashoba Tech High School with the class of 1986.

He co-owned TRB General Contracting of Pepperell, MA with his brother.

He was a member/communicant of St. Mary’s of Chelmsford, MA.

Russ took so much pleasure in spending his time with his wife, kids, grandchildren, family and friends. He was a kind, humble, gentle, loving, selfless man who never complained in life, sickness or in health. Everyone truly adored him!! The Bovill Family home on Sunset Lake was one of his fondest places to be with his parents, wife and son Russell. He took so much pride in teaching little Russell how to fish, use tools, build and fix things. Some of his most favorite memories were being at Foxwoods, Las Vegas, Bailey’s Camp with his brother Tom and wife Debbie, Thursday nights playing cards at Scott’s with the guys, being by the pool at Lorraine’s, all his fun memories with Cindy and Jay, throwing Pat’s parties and their annual beach house at Salisbury with Cheryl, Sonya and Kenz as well as everyone else. He was an avid sports fan and took pride in watching the New England Patriots. Grampy cherished his visits to Florida to see Amanda and his grandchildren. He had so much joy during his weekly visits over the summer with his sweet pea Jaylee. He was a member of Chelmsford Elks where he enjoyed playing bingo with Tim and his friends. Russ will forever be missed by so many and leaves behind a legacy that is respected by all. He never stopped fighting and did not want to leave us behind.

Besides his wife he is survived by his son, Russell and his wife Katherine Bovill of Merrimack, NH, daughters, Sonya Emond and her companion Daniel Willette of Hudson, NH, Amanda and Richard Cuebas of Oviedo, FL, parent in law John Laforme of Nashua and Lorraine Michaud of Lowell, brother, Thomas and his wife Deborah Bovill of Pepperell, MA, 9 grandchildren, a niece Amanda MacDonald and her husband Jason MacDonald, nephews Thomas Bovill III and his wife Hannah Bovill, Michael Parisi, nieces Kathryn Perez and her husband Nelson Perez, Ashley Laforme and her companion Jose Luna.

I cannot believe I have to say goodbye…. You are the BEST in everything. We will forever have an empty space in our hearts. I love you so much Rusty!!!! Please take care of us through this from up above. Love Amanda, Rich, Jaylee, Audrina, Landon and Nolan

You were an extraordinary man, husband, father and uncle – the type of man that this world could use many more of. Rest in everlasting peace and comfort, Uncle Russ. You will be deeply missed. ❤️

Sending you lots of heavenly love,

My heart is broken for you all. I am so sorry for your loss. Russ was an amazing guy. He will be missed

My heart is so broken for all of you. Russ was a very kind loving man. He no longer suffers and can Rest In Peace.

Cheryl, may you find comfort in the memories you and Russ created. Such a huge loss of a great man. A great friend. We love you.

Although we didn’t know your son Russ, we do know he had to be a kind and loving person, look who his parents are. We are so sorry for your loss.

Russ was such a sweet guy! I have many fun neighborhood memories of us playing all of those childhood games and attending birthday parties. Praying for you all during this heartbreaking time.

Barbara and family,
Thoughts and prayers are with you and your family at this time.

Barb, Tom and family, sending prayers and love from the Keanes and Saraults. There are no words. May God bless Russell, his family and all of you.

Cheryl,
I am so sad to hear of your loss. May your memories of the love and happiness you hold in your heart sustain you during this difficult time. Please reach out if you need anything; I’m always hear for you!

Love and prayers to you and your family.

Sorry for your loss Russ was a great guy.