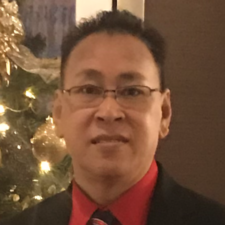 He was married to Sunnary Nou with whom he would have celebrated their 18th wedding anniversary on June 17th.

Born in Battambang, Cambodia, he was the son of the late Samon Kong and Roum Chhay. Daniel came to the United States in December 1980 and later became a U.S. Citizen.

He graduated from Middlesex Community College with an associates degree in mechanical engineering.

He had been working at Solar Panels of Massachusetts.

Daniel was a member of the Watt Phnom Serei Buddhist Temple in Ayer, MA.

He was an avid musician who loved to play his guitar.

Besides his wife, he is survived by his three sons; Daniel Ban of Lowell, MA, David Kong of Lowell, MA, Jonathan Ban of Litchfield, NH, his daughter Carly Ban of Litchfield, NH, his mother and father-in-law Senrith Nou and Pring Vun, his two brothers; Sek Kong of Cambodia, Yeth Kong of Dunstable, MA, his sister Am Kong of Cambodia, his brother and sister-in-laws Soral Nou and Rim Nou, and his many nieces and nephews.

He was the brother of the late Roeun Kong.

Written by Cathy Lewis on March 9, 2022. Posted in Obituaries