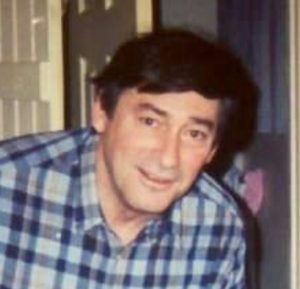 Born in Newton, MA on June 4, 1942, he was the son of the late Francis and Marie McDonald.  He was educated in Weston and attended Weston High School, and later completed courses at Newman Preparatory Academy.

He proudly served in the United States Navy during the Cuban Missile Crisis from 1960 to 1964 as a radar man, and was promoted to 2nd Class Petty Officer before his honorable discharge from the Navy.

After his honorable discharge, he worked on breakthrough technologies in the computer engineering field at companies such as Raytheon, IBM, Hitachi, Polaroid and 3M.

He was an avid skier, teaching for many seasons in Stratton and Bolton Valley, VT. He worked as Ski Patrol, and also enjoyed teaching his children to become accomplished skiers themselves.  He was a passionate amateur astronomer.  He also loved camping, traveling, sailing with friends and the company of his cats, and a variety of music such as Pink Floyd and Fleetwood Mac. He will be remembered for his great sense of humor, and shining intellect.

Memorials may be made in his name to MSPCA at Nevins Farm, 400 Broadway, Methuen, MA 01844.  ARRANGEMENTS BY DOLAN FUNERAL HOME 978-251-4041. Guestbook at www.dolanfuneralhome.com