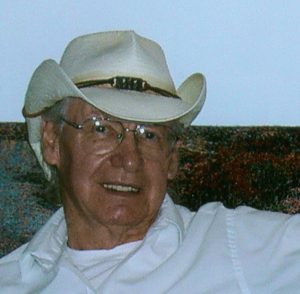 He was married to the late Lennea (Johnson) Barger, who died in November of 2004.

He grew up in Spruce, MI., and was the son of the late Louis and Mary (O’Neil) Barger.   He was a proud Korean War veteran serving in the United States Air force for four years, where he helped train military working war dogs.  He was also proud to be part of the Apollo Program at Avco Space Systems Division and worked at various jobs throughout his life before retiring from the Highway Dept. with the Town of Carlisle, MA.

He is survived by his five sons and their families, Joseph and Kathy, Mark, Stephen and Marion, Scott and Deanna, and Bob and Jackie.  He is also survived by twelve grandchildren, many great grandchildren and several nieces and nephews.

He was the father in law to the late Pauline Barger and brother to the late Louis “Bud”, Rose, and Betty Barger.

All funeral services will be private.  Arrangements are by DOLAN FUNERAL HOME 978-251-4041.