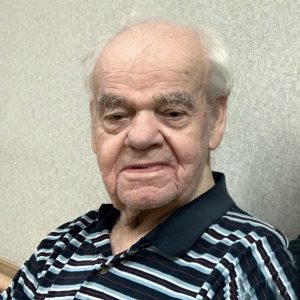 He was married to the late Mrs. Louise (Rivers) Chretien who died in 1996.

Born in Lowell, MA on August 26, 1926, the son of the late Charles and Rose (Reeves) Chretien.  He was raised and educated in Lowell.

He served with the U.S. Army during WWII and Korea.

He was employed as a security guard in the Greater Lowell area.

He was a communicant of St. John the Evangelist Church of N. Chelmsford.

Mr. Chretien was a life member of VFW Post 662 in Lowell.

He was the brother of the late Roland Chretien.

Relatives and friends are respectfully invited to attend his calling hours on Sunday, February 9, from 1-5pm at the Dolan Funeral Home, 106 Middlesex St., N. Chelmsford. His funeral service will start Monday, February 10th at 10 Am from the funeral home with a funeral Mass at 11 Am at St. John the Evangelist Church, 115 Middlesex St. N.Chelmsford. Interment will follow at Pine Ridge Cemetery, Chelmsford. Memorials in his name may be made to the Palm Center Patient Activity Fund, 40 Parkhurst Rd. Chelmsford, MA 01824.