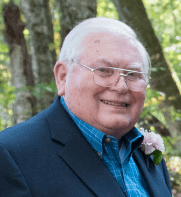 Norman L. Cease, 88, a 60-year resident of Chelmsford, passed away on Wednesday, February 5, 2020 after a long illness.  He was born and raised in Canton, PA by his parents, the late Nelson Cease and the late Beatrice(Robinson) Cease.  Upon graduation, he entered Penn State University and then enlisted in the United States Navy serving during the Korean War aboard the Aircraft Carrier USS Essex.  After his honorable discharge, Mr. Cease began working at Burroughs Inc and Unisys in the computer engineering field, retired and was the owner and operator of CEASE Inc. in Chelmsford for many years.

As an active parent in Chelmsford, he was a Pop Warner football coach, an Assistant Scout Master with Troop 74 of Central Congregation Church, and a performer with the Chelmsford Follies, a yearly variety show put on by the Farms 1 Association, something that he and his wife enjoyed together.  In recent years, Norm liked to sail one of his many sailboats.  On any given day, you could see him going up and down Long Pond in Dracut.

Mr. Cease is survived by his children, Nancy Kiernan Bell and her husband Barry of Lowell, Norman E. Cease of Pelham, NH, a brother, Willard Cease and his wife Rosalie of Canton, PA., a sister, Sharon McNett and her husband Edward of Blossburg, PA, three grandchildren, Jennifer Conant and her husband Scott, James Kiernan and his wife Kristine, Brian Bell and his wife Caitlin, three great grandchildren, Chloe Conant, Sam Bell and Lila Bell as well as several nieces and nephews.  Norm was also predeceased by his loving wife of 58 years, Natalye (Bill) Cease, his step-mother Cleo (Fuller) Cease and his sister Carol Lafferty.

Relatives and friends are respectfully invited to attend his visitation on Saturday, February 8, 2020 from 9:00 AM to 10:00 AM at the Dolan Funeral Home, 106 Middlesex St., Chelmsford. His funeral service will follow the visitation at 10:00 AM at the funeral home. Interment will follow in Pine Ridge Cemetery, Chelmsford. In lieu of flowers, the family requests making a donation to a charity of your choice.  Arrangements are by Dolan Funeral Home and an online guestbook is available at www.dolanfuneralhome.com