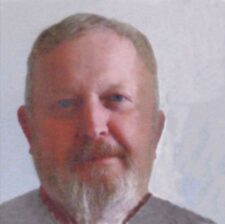 Carl was born on February 16, 1949 in Potsdam, NY. He was the son of the late Paul Husted and Laura (Stratton) Husted.  He was raised in MA and graduated from Chelmsford High School with the class of 1968.

He proudly served with the U.S. Army.  He was stationed in Korea during the Vietnam War.

Carl was married to the love of his life and best friend, Nancy. Carl and Nancy recently celebrated their 45th wedding anniversary on November 20th.  Carl and Nancy were the proud parents of two wonderful
daughters, Amanda and Carly.  Carl was a devoted a father and family man.  He enjoyed spending time with his children and grandchildren.

He enjoyed playing softball in his younger years.  He also enjoyed watching his children and grandchildren play youth sports.  One of Carl’s staples was his amazing Christmas morning breakfast which the family enjoyed before celebrating the holiday.

Carl worked as a Supervisor for Lowell Gas, Colonial Gas, and National Grid for 38 years until 2007.  He retired from Neuco as a Field Supervisor in 2019.  He was a very dedicated and reliable worker who
often worked weekends, overnight hours, and on-call shifts to support his family.

He enjoyed gambling and traveling to Las Vegas and Mohegan Sun.  Carl and Nancy enjoyed these trips together.  Carl enjoyed 4th of July fireworks with family and friends and always looked forward to taking
his children and grandchildren to the Lowell Folk Fest.  He also enjoyed watching football on Sunday’s with family and friends.

Carl will be remembered as a man who put his family first.

Carl is survived his wife, Nancy, his daughter Amanda Husted of Nashua, NH, daughter Carly Langone and husband Joseph of Wilmington, MA. He was the proud grandfather of three grandchildren, Leah, Krista, and Joseph Langone III.  He was also survived by brother Paul Husted and wife Gillian of Tyngsboro, MA and also Pauline Mellon and husband Christopher of Tyngsboro, MA.  He was the brother of the late Dorothy Stys.  He will also be missed by many other family members and friends.

Carl’s family would like to thank Dr. Douglas Tisdale and staff at the Lowell General Cancer Center and Merrimack Valley Hospice.

Memorials may be made in his name to the Lowell General Cancer Center, Philanthropy Office, Lowell General Hospital, 295 Varnum Avenue, Lowell, MA 01854. ARRANGEMENTS BY DOLAN FUNERAL HOME 978-251-4041. Guestbook at www.dolanfuneralhome.com

Written by Cathy Lewis on November 24, 2021. Posted in Obituaries