Carolyn A. Philbin of North Chelmsford 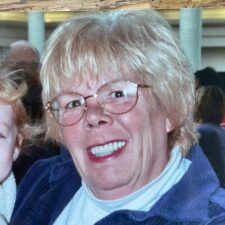 Carolyn A. Philbin (Wittrock) of North Chelmsford, formerly of Andover, MA, passed away on January 10, 2022. Carolyn was born on January 22, 1942 in Bonham, Texas to the late Howard and Ruby Lee (Shillings) Wittrock.  She is survived by her husband Donald R. Philbin of North Chelmsford, daughter Kimberley A. Philbin of Tewksbury, MA, daughter Lori R. (Philbin) Jessico of Dracut, MA, son-in-law Charles M. Jessico III, granddaughter, Liliana K. Jessico, grandson Charles M. Jessico IV, brother and sister-in-law Charles and Rosemary Wittrock of Gainesville, VA. She was an aunt to many nieces and nephews.

As a daughter of a career U.S. Air Force officer she spent her childhood years at several locations abroad and here in the United States.

She was a graduate of Central American High School in London, England in 1960 and attended Riverside College in California.

Carolyn will be remembered as a devoted wife, mother and grandmother.

A memorial service will be scheduled sometime in the spring.

Written by Cathy Lewis on January 11, 2022. Posted in Obituaries

3 Condolences for Carolyn A. Philbin of North Chelmsford