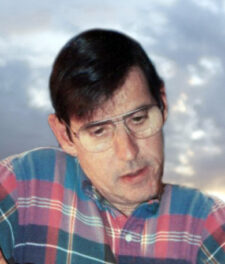 He was married to Joan L. (Doucet) Mullane with whom he would have celebrated their 58th wedding anniversary on November 7th.

Born in Boston, he was the son of the late Dr. Joseph Mullane and Madeline Egan of MA.    He graduated from Boston Latin High School in Boston, MA with the class of 1964.

He was a graduate of premed and medical school from Georgetown University in Washington, DC.

David retired in 2010 from Melrose Wakefield Hospital as a vascular and general surgeon and also had his own practice in Everett, MA.

He was a communicant of St. John the Evangelist Church of N. Chelmsford, MA.

He was a member of the Braeburn Country Club in Newton, MA and was an Associate Professor at Tufts Medical School.  He enjoyed boating and could fix anything.

He was the brother of the late Daniel Joseph Mullane.

Written by Cathy Lewis on January 11, 2022. Posted in Obituaries