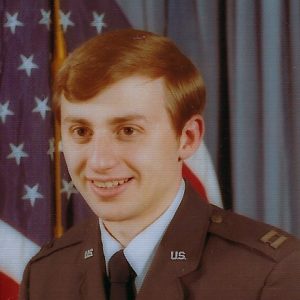 David Kimball, 70, of San Antonio, TX died at Junior’s Personal Care Home in San Antonio, TX on April 29, 2020 after a battle with cancer.
Born in Winchester, MA on September 9, 1949 the son of the late Maxwell and Mona (Poole) Kimball. He was a graduate of Chelmsford High School with the class of 1966, and graduated Lowell Technological Institute in 1970, now known as UMASS Lowell.
He proudly served with the U.S. Air Force for seven years in Texas and remained in Texas ever since.
He retired as a finance officer from Kelly Air Force Base.
He was a former communicant of All Saints Church, Chelmsford. He was a member of the Chelmsford High Alumni Association.
He is survived by his sisters, Janet Lajoie of Murrells Inlet, South Carolina, and Barbara Mackey and her husband Robert of Murrells Inlet, South Carolina; he is also survived several nieces and nephews.
He was the brother in law of the late Bernard Lajoie, and half brother of the late Denison Kimball.

Graveside service at 2pm on September 10, 2020 at Heart Pond Cemetery, Chelmsford. Memorials may be made in his name to the American Cancer Society 30 Speen St. Framingham, MA 01701. ARRANGEMENTS BY DOLAN FUNERAL HOME 978-256-4040.

Dear Barbara and Janet,
My deepest sympathy on the loss of your brother.
I just now found out.
Cherish his memories and the thought that he is now at Peace.
Sending prayers for strength and comfort during these difficult days.