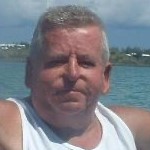 Mr. Dennis Joseph Creegan, 75, of Lowell, MA died Wednesday, December 29, 2021 at Lahey Medical Center in Burlington, MA.
He was married to Mrs. Janice L. (Wright) Creegan with whom he would have celebrated their 55th wedding anniversary on March 4, 2022.
Born in Lowell, he was the son of the late James and Virginia (McGrath) Creegan. He was a graduate of Lowell Trade School with the class of 1964.
He retired from Raytheon after more than 40 years of service as a Machinist.
He was a communicant of St. John the Evangelist Church of N. Chelmsford.
Dennis was an avid Nascar fan who enjoyed traveling throughout the United States to attend races. He enjoyed camping with his family, but most of all he loved spending time with his grandchildren and great grandchildren.
Besides his wife, he is survived by two daughters, Cathy Creegan and her companion, Ed Dubreuil of Lowell, MA and Karen and her husband, Bruce Brown of Chelmsford, MA, a sister, Catherine Ann Creegan of Tewksbury, MA. He is also survived by three grandchildren, Tasha and her husband, Joe Kenney and Jack and Dylan Brown, two great grandchildren, Evan Sampson and Lydia Kenney as well as many nieces and nephews.
He was the brother of the late James Creegan, Little Billy (William) Creegan, and Thomas Creegan.
Family and friends are invited to attend a mass on Tuesday, January 4, 2022 at 1pm at St. John the Evangelist Church in N. Chelmsford. Masks are required. Burial to follow immediately after mass in St. Joseph Cemetery, Chelmsford. ARRANGEMENTS BY DOLAN FUNERAL HOME 978-251-4041.

Written by grahamD2 on December 30, 2021. Posted in Obituaries