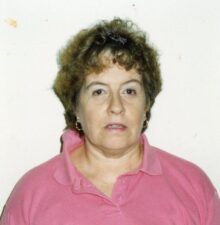 Born in Cambridge, MA, she was the daughter of the late Telesford Power and Josephine (Hayes) Power.

She graduated from Cambridge Ringe and Latin High School, Cambridge, MA, with the class of 1951.

She was previously employed by the Westford Public Schools as a Teacher’s Aide.

She was a communicant of St. John the Evangelist Church in N. Chelmsford, MA.

She enjoyed yoga and nature and was an animal lover who adored her dog, Wilson who survives her.  Jean was an avid reader.  Above all she loved and adored her children.

Besides her dog, she is survived by her daughters, Leslie Godfrey and her companion, Dee Godfrey of Westford, MA and Dr. Laura Godfrey of Merrimac, MA, her son, Wayne R. Godfrey and partner David Guy of Swampscott, MA and 4 nephews, Edward Power, Jr., Brian Power, Robert Power and John Paul Power.  Jean is also survived by many nieces and nephews.
She was the sister of the late Edward Power, sister-in-law of the late Betty Power and the aunt of the late Richard, Kevin and Kathleen Power.

No visiting hours. Funeral Tuesday, September 27, 2022 at 12 Noon from the DOLAN FUNERAL HOME, 106 MIDDLESEX ST., CHELMSFORD, MA 01863 followed by a Funeral Mass at 1pm at St. John the Evangelist Church in N. Chelmsford.  A private burial will be held at the convenience of the family in Pinegrove Cemetery, Westford, MA. Memorials may be made in her name to Kaplan Family Hospice, 78 Liberty Street, Danvers, MA. 01923. ARRANGEMENTS BY DOLAN FUNERAL HOME 978-251-4041. Guestbook at www.dolanfuneralhome.com.

Written by Betty Bukala on September 22, 2022. Posted in Obituaries