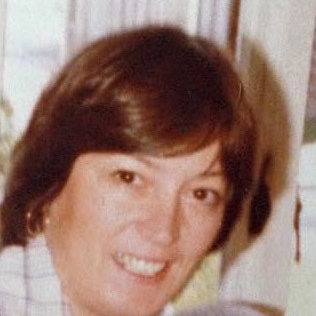 Joan “Joanie” Lesleigh (Laverty) Barrett, 78, of Chelmsford, MA died peacefully Friday, August 27, 2021 at Lowell General Hospital with her family by her side, after a courageous battle with cancer.

She was the beloved wife of William “Bill” F. Barrett Jr. with whom she would have celebrated their 54th wedding anniversary this year on December 23rd.

Joan was born in Lowell, MA, December 28th, 1942, daughter of the late Elmer and Dorothy (Adams) Laverty. She graduated from Lowell High School with the class of 1960. In high school, Joan was in the marching and baton twirling unit known as “The Starlets” and the “Shipwrecks” dance and twirl trio. She participated in many competitions, winning more than 20 medals and 7 trophies. Before becoming a homemaker, Joan was a secretary at Sanders Associates in Bedford, MA in the Forward Area Alerting Radar (FAAR) engineering department. She was also a “Meter Maid” for the city of Lowell.

Joan loved to decorate her house, especially for Christmas which was her favorite holiday. Joan also loved the beach, spending summers at both Seabrook and Rye Beach in New Hampshire. She also enjoyed looking at pictures of the beach. You could always find Joan outside in her gazebo enjoying her flowers and garden. Some of Joan’s other favorite things were making websites, writing poetry, and cooking. Joan also enjoyed spending countless hours talking to her sister Gayle on the phone.

There are no calling hours. A celebration of life will be held at a later date.

Written by grahamD2 on September 22, 2021. Posted in Obituaries