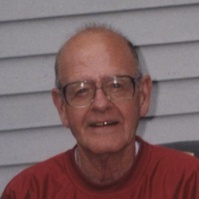 Born in Wilmington, he was the son of the late John F. and Mary T. (White) Hartnett.

He graduated from Wilmington High School with the class of 1956. He furthered his education, earning both his Bachelor’s and Master’s Degrees in Geology from Boston State College and attended Salem State College.

He proudly served in the U.S. Army Reserves for the majority of his adult life and was particularly proud of his participation with the Army during Desert Storm.  Jack was well thought of by both staff and students as a science teacher at Wilmington High School.  He retired from Wilmington Public Schools in 1998 after 37 years of service.

He was a member of St. John the Evangelist Church of N. Chelmsford, and also a former member of the AW Vinal Post of the American Legion Post 313.  Jack was a lover of life and in his free time he enjoyed traveling, scuba diving and skydiving. He was a gentle and kind soul, known for his quick wit and a great sense of humor by friends and family.

He is survived by his sister, Mary Hartnett of Wilmington, his step-daughter Jacqueline Bevis of Westford, a step-grandson Darius Bevis,  and a sister-in-law Marilyn and her husband Norman Walker of Huntsville, AL as well as several nieces and nephews.

Hartnett, John “Jack” Francis of Lowell, Ma died Sunday, May 17, 2020. His graveside service will be on Thursday, May 21, 2020 at 2PM in Wildwood Cemetery, Wilmington. In lieu of flowers, Memorials may be made in John’s name to the Alzheimer’s Association, 309 Waverly Oaks Road, Waltham, MA 02454 or on-line through act.alz.org.    ARRANGEMENTS BY DOLAN FUNERAL HOME 978-251-4041. Guestbook at www.dolanfuneralhome.com

So sorry to hear about Jack. I taught with him early in my career. I taught Darius in Chelmsford, but never knew the connection between the two. Jack was a wonderful man and mentor.

good bye Jack.
Norm died in 2018 but we were not able to contact you.
Rest in peace. Marilyn

I have many fond memories of Jack as both a colleague and dear friend. Sincere condolences to Mary, “Jackie” and the entire family.