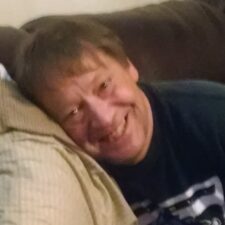 Born in Lowell, MA, he was the son of the late Robert Diette and Jeanne Lajoie. He had been a resident of Maynard, MA for 14 years before residing in Westford.

Kenneth graduated from Westford Academy, Westford, with the class of 1979.  He attended Middlesex Community College.

He was employed by Life Care Center of Acton, MA as an LPN. He previously worked at Walden Nursing Home of Concord, MA. Kenneth had received numerous awards for nursing throughout his 43-year career. He also worked as a Building Manager in Springfield, MA.

He enjoyed music and was an avid sports fan.

Kenneth is survived by his sons, Ryan Diette of Shirley, MA and Michael Magoon of Shirley, MA; his brothers Michael Diette of Plainville, MA and Gregory Diette of Westford, MA; and many nieces and nephews.

Kenneth Louis Diette, Westford, died May 8, 2022.  Graveside service and burial on Thursday, May 12 at 9 A.M. in the Chapel at St. Patrick’s Cemetery, Lowell.  Memorials may be made in his name to the American Diabetes Association. ARRANGEMENTS BY DOLAN FUNERAL HOME 978-251-4041. Guestbook at www.dolanfuneralhome.com

Written by Cathy Lewis on May 10, 2022. Posted in Obituaries