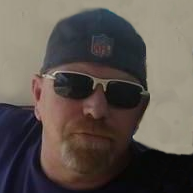 Mr. Marc Benjamin Boothroyd, 58 of Dracut, MA died Monday, September 28, 2020 at Mass General Hospital in Boston, MA.
He was married to Maria Evangeline C. Boothroyd. Marc and Eve celebrated their eighth wedding anniversary on September 22, 2020. Born in Germany on June 4, 1962 the son of Edwin Boothroyd and Jeanne E. (Caron) Boothroyd, he was a graduate of Westford Academy High School with the class of 1980 and attended Middlesex Community College.He resided in the Philippines for 10 years before returning to Dracut. He served with the U.S. Air Force. He owned and operated D’Mar Masonry, Mt. Holly, NC.
He enjoyed listening to music watching TV, fishing and spending time with his family and his dog Mishy. He was an avid New England Patriots fan. Besides his wife, he is survived by his daughter Rachel Kristine Chua of the Philippines, his sons Nathaniel and Aizo So of the Philippines and Hanzel Picache of  the Philippines, his sisters Gail Boothroyd of Wishek, ND and her longtime companion Ronnie Goebel and Renee and Bill Desrochers of Dracut, MA, his niece Brittany Desrochers and her fiancé Stephen Diaz of Hudson, NH, his nephew Joshua Desrochers of Dracut, MA and his grandson Clyde So of the Philippines.

At the family’s request, all services are private.
ARRANGEMENTS BY DOLAN FUNERAL HOME 978-256-4040.
Guestbook at www.dolanfuneralhome.com.

My deepest sympathy for the passing of my dear brother – in law Marc Boothroyed. He was a warm, intelligent, thoughtful and kind hearted person. May his soul rest in peace !
I will miss him greatly !

I was saddened to hear of your loss my dear brother in -law Marc Boothroyd. A loving and kind hearted person,you will be in our hearts and memories forever.Rest in peace

Thank you for your kind words of Marc.

Our deepest sympathy to our dear brother in law Mark… May your soul rest in peace.

Thank you so much!

My sincerest condolences for the loss of our dear brother-in law Marc Boothroyd.
May your soul rest in peace….

Autumn leaves are falling around . Time you were on your way . Thanks to you I’m much obliged,such a pleasant stay . But now the time has come for for you to go , the autumn moon light your way . Ramble on . The time now . Now is the time . Sing your song time has come to ramble on . Ramble on brother . Till we meet again . Until that day .

I know you were a great friend to Marc. He often spoke of you!

I’m so sorry for your loss as well.