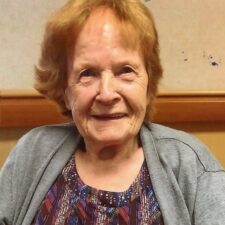 Born in Adrigole Beara Peninsula County Cork, Ireland, she was the daughter of the late John and Hannah Harrington

She retired as a nursing assistant after twenty years in 1999 from the Northwood Rehabilitation and Health Care Center in Lowell.

Mary was a communicant of St. John the Evangelist Church.

Written by Cathy Lewis on September 13, 2022. Posted in Obituaries