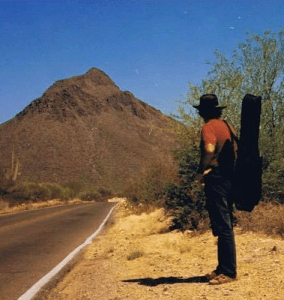 Michael Thomas Remeck, 65, of North Chelmsford, passed away unexpectedly on Sunday, September 29, 2019 at his home.

Born in Boston, on October 30, 1953 he was the son of the late Michael V. and Ines Maria (Amidei) Remeck. He was educated in the Boston school system prior to graduating from Don Bosco High School with the class of 1972. Later in life he pursued higher education, earning his undergraduate degree from Northern Arizona University in the late 1990s and his Masters in social work from Boston University in the early 2000s. He was a licensed independent social worker specializing in adult care at the time of his passing.

He was many things;  a train lover, a wandering spirit who went on many adventures, a comic, a musician, a social worker and Boston University graduate, an orphan, a music aficionado, a songwriter and poet, it’s impossible to sum him up in a few words. He lived on his terms and loved his family deeply.

In his free time, he enjoyed camping, keeping up to date with the most current technology as well as politics, above all else, he cherished the time spent with his three grandchildren.

He is survived by his daughter, Heidi McAvoy and her husband Patrick of Millis, MA, his former wife Meghan Maxfield who was his dear friend for 50 years and concert companion, a sister, Ann Marie Arnott and her husband Jack of Georgia, three grandchildren, Elizabeth, Samantha and Patrick, nephews, Jeff Pywell and his wife Julie and Chris Arnott and his wife Marica, a niece, Meredyth Arnott, he also left behind many colleagues, friends, and patients whom he deeply cared about.

Relatives and friends are invited to attend his memorial service at the Unitarian Universalist Church,  11 Washington St. in Sherborn, Ma on Sunday, October 20, 2019 at 3:00pm. Immediately following the service, everyone is welcome to gather for a time of reflection and refreshments at The Holliston Historical Society Barn at 547 Washington St. Holliston, Ma.

Sending love and light to all who loved Michael.

Michael was a beloved colleague who will be missed by many. My condolences to your family. Miles Tarter

Mike was an amazing co-worker, respected and admired by all who knew him. He will be missed. Sorry to his family for such a sad loss.

A bright, engaging, inquisitive student who actually enjoyed my research class at NAU…. remembering his kind heart….may he rest now

Heidi … In the heart of a young girl , grows the love for her father . Unlike any other . As we grow older , we love deeply , care for , share with , and laugh with them . They’re our story tellers , our shoulder to lean on , and always our hero .
I know your father was all this and more to you.
May your heart heal in time .
Remember him at the ocean , and in the stars at night . Your two most favorite places . He’ll be there
, Waiting . ❤️
May he be with God.

The most compassionate,caring, giving, genuine person I’ve had the pleasure of calling a colleague/co-worker and friend. God Bless him and his family and may he rest easy, fly high with the eagles and enjoy the ride. I will miss his talks, his jokes, and his overall presence.

We lost a beautiful soul & what makes me smile is thinking he had embarked upon a new adventure.