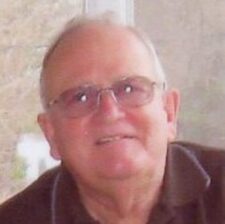 Born in Chelmsford, MA, he was the son of the late Nelson H. Brake of MA and Thelma (Williams) Brake of ME.   He graduated from Chelmsford High School with the class of 1948.

He was a member of the Congregational Church of N. Chelmsford.

In 1987 he retired from local union #429 of Lowell. He was a former assessor and cemetery commissioner for the town of Tyngsboro.

He enjoyed playing horseshoes and was a state champion. He also enjoyed gardening, especially growing tomatoes. He had a signature response to when asked how he was doing, he would reply “60/40” and would give a chuckle.

Nelson is survived by nephews Nicholas Hood and Benjamin Hood of Tyngsboro and brother-in-law Bruce Walazek of Lowell.

Written by Cathy Lewis on December 6, 2021. Posted in Obituaries