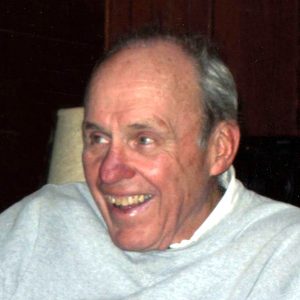 He was married to Beverly M. (Ambrose) Murphy with whom he would have celebrated their 59th wedding anniversary on June 25, 2019.

He served with the U.S. Army during the Korean War.

From 1959 to 1994, Paul taught 9th grade science in the Chelmsford Public Schools.  Paul also worked part-time at W.R. Grace in the purchasing department.

He was a communicant of St. Mary Church of Chelmsford, MA.

Paul was a founding member of the 4th of July Road Race in Chelmsford.  He served on the Chelmsford Recreation Commission for years, and was recognized for his longtime service to the community having the Mill Rd. Soccer fields named after him, Murphy Field.  He was past president of the Senior League at the Groton Country Club.  He enjoyed woodworking, gardening, reading, and playing golf.

In addition to his wife, he is survived by a daughter, Deborah and her husband, Michael Ruggiero of Westford, MA; two sons, Paul Murphy and his partner, Ben Hescott of Arlington, MA, and Peter Murphy and his wife, Elaine Yutan of Mill Valley, CA; four grandchildren, Kaitlyn Zadalis, Emily Ruggiero, and Samantha and Matthew Murphy; and two great grandchildren, Mae and Liam Zadalis.

He was the brother of the late Walter, Francis, and Donald Murphy.