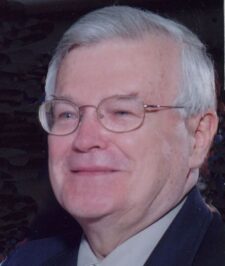 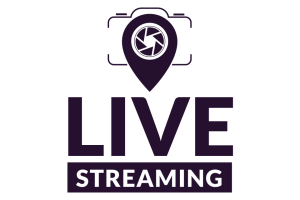 Rev. Dr. Gordon Mathieu Wood, 87, of Westford, MA passed away peacefully Thursday, March 31, 2022 at Lahey Hospital in Burlington, MA. Born in Hartford, CT, he was the son of the late Euclid Brochu and Camille Mathieu Wood.

He was married to Paula (Mazeika) Wood with whom he recently celebrated their 43rd wedding anniversary on November 11, 2021.

He graduated from New Rochelle High School, NY, with the class of 1953. He is a graduate of the College of Wooster, Ohio with a Bachelor of Arts degree, and received his Master of Divinity and Doctor of Ministry from Gordon-Conwell Theological Seminary of South Hamilton, MA.

Drama being Gordon’s first major in college, he enjoyed acting as the lead in Death of a Salesman, Romeo in Romeo and Juliet and many others. He tried out and won for a week the lead in the road show How to Succeed in Business Without Really Trying. Lost the part because the investors said his name was not known. In later years he always mentioned it not as a loss but a blessing. His work career included a Television Director for WTVR (CBS) in Richmond Virginia. During that time, he developed and played the character Abernathy. Then as a Management consultant and an Associate of Walter V. Clark Associates, he advised major US corporations and government agencies in the field of management and organizational effectiveness. Subsequently he headed Management development for Honeywell Information Systems. Then the Lord called him to a path that he faithfully pursued till he went home. Gordon pastored churches in Massachusetts, Pennsylvania, and Michigan, and established Return Ministries – Christ Overcoming conflict in your church.

Gordon was known for his humor (he dubbed it cerebral popcorn). Many may remember him saying he had USOH, did they know what that was (with a twinkle in his eye). Everyone laughed when it was revealed as Uncontrollable Sense of Humor. But this was outmatched by his intense desire for all those he encountered to know and experience the Lord’s love. He often coupled this gift of humor with words pointing to our Lord. Many have listened.

Gordon was predeceased by his middle daughter Laura Wood of Nashua, NH in 1983 and half-sister Diane Rosati of Wilmington, North Carolina in 2016.

Visiting hours Saturday, April 9 from 10 to 11 A.M. followed by a Celebration of Life service at 11 A.M. from DOLAN FUNERAL HOME 106 MIDDLESEX STREET, N. CHELMSFORD, MA.  Service will be live-streamed.  Memorials may be made in his name to the local charity of your choice.

Written by Cathy Lewis on April 5, 2022. Posted in Obituaries