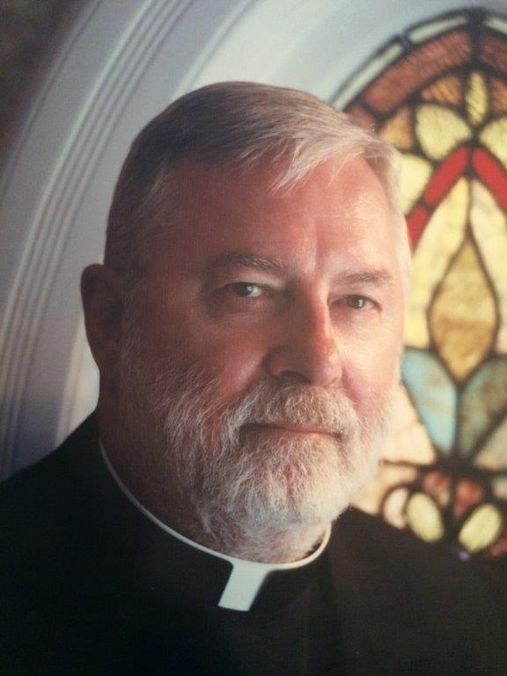 Born in Boston, he was the son of the late Henry and Eleanor Franz. He graduated from Boston College High School with the class of 1952 and from St. John’s Seminary.  Father Franz was ordained a Roman Catholic priest in May of 1966.

He proudly served with the U.S. Navy during the Korean War and was awarded the Good Conduct Medal and the National Defense Medal.

Father Franz was a retired Priest from the Archdiocese of Boston.  He had been the Pastor of Saint James Church in Medford until retiring in 1999 due to medical reasons.  Prior to that, he had been a Parochial Vicar at a number of churches, including St. Cecilia in Ashland, St. Dorothy in Wilmington, St Rita in Lowell, St. Theresa in Billerica, and at St. John the Evangelist in N. Chelmsford.  He also served as the hospital chaplain at Lawrence General Hospital.

Father Franz was a First Degree Honorary Life member of the Ashland Knights of Columbus.

He is survived by his sister-in-law, Ruth Franz and many nieces and nephews.

He was the brother of the late John Franz, Elizabeth Franz and Mary Franz.

He also leaves behind close friends in the Sallet family.

The Rite of Reception will be Wed. at 3PM followed by visiting hours from 4 to 7PM with a funeral Mass Thurs. at 11AM at St. John the Evangelist Church, 115 Middlesex St., N. Chelmsford. Burial in the Gardens at Gethsemane Cemetery, W. Roxbury, MA. Memorials may be made in his name to Catholic Charities, 51 Sleeper St., Boston, MA 02110. ARRANGEMENTS BY DOLAN FUNERAL HOME 978-251-4041.