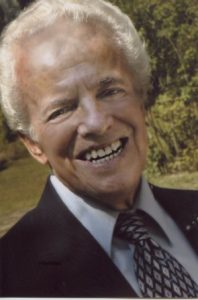 He was married to the late Theresa Soucier, who died in 2008.

Born in Lowell, he was the son of the late Richard J. and Edith Soucier Sr.   He graduated from Lowell High School with the class of 1945.

He proudly served with the U.S. Navy during WWII and the Korean War.

Richard retired from the Chelmsford Highway Department.  He had previously worked for the Edith Nourse Rogers Memorial Veterans Hospital of Bedford.

He enjoyed working on cars. Richard was a longtime resident of Chelmsford

He is survived by his son, Shane Soucier of Manchester, NH; daughter, Sheila and her husband, Paul Meroth of Dracut; brother, Michael Soucier of Merrimack, NH; five grandchildren; two great grandchildren and many nieces and nephews.

He was the brother of the late Theresa Chisolm, Rita Sellers and Paul Soucier.

Relatives and friends are respectfully invited to attend his visitation on Tuesday, Nov. 19, 2019 from 9 to 10am followed by a Funeral Service at 10am at the DOLAN FUNERAL HOME, 106 MIDDLESEX ST. CHELMSFORD. Burial in the Pine Ridge Cemetery, Chelmsford will follow. Memorials may be made in his name to the Alzheimer’s Assoc., 309 Waverley Oaks Rd., Waltham, MA 02452.

R.I.P. Sir!
Thank you for your service to
Our great nation.
See you in the next life!
-Robert Franklin