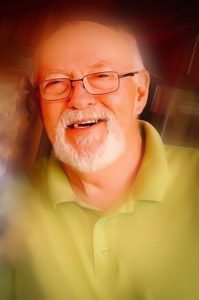 He was married to Carolyn (Mulford) Loucraft, with whom he shared 29 years of marriage.

Mr. Loucraft was born in Lowell the son of the late Robert J. and Theresa E (Tucker) Loucraft.

He was educated in the Lowell school system and graduated from Lowell High School with the class of 1968.

After graduation, he enlisted in the United States Army. Upon receiving an honorable discharge, he began working in the communication field, working at New England Telephone, AT&t and retiring from Nortel Network. He was very active in his retirement and continued working as a seasonal ski instructor at Nashoba Valley Ski and seasonally for the Lowell Spinners.

Robert was a true outdoors man and enjoyed fishing, skiing, camping and cooking, he was affectionately referred to as “Chef Bob”. He loved coaching his children in youth baseball and youth hockey and adored spending time with his grandchildren.

Relatives and friends are respectfully invited to attend his visiting hours on Wednesday, February 26, from 4PM to 8PM at the Dolan Funeral Home, 106 Middlesex St. Chelmsford. His funeral will start Thursday February 27th starting from the funeral home at 9AM with a Funeral Mass to at 10AM at St. Margaret of Scotland Church, 374 Stevens St, Lowell, MA 01851.ARRANGEMENTS BY DOLAN FUNERAL HOME 978-256-4040. Guestbook at www.dolanfuneralhome.com

So sorry to hear about the loss of Bob, he was a wonderful man and will be missed by so many people . I will cherish my memories with Bob and family always …

For the short period of time I knew him,I could tell he was a caring father and all around great guy,he will be missed RIP Bob!

Sorry to hear of Bobby’s passing.
I will always remember the good times we had.
George Georges

“Chef Bob” was a phenomenal man, great friend, great ski instructor, great coach, and mentor. Always a friendly smile and caring “How’re you doing?”
Our condolences to the extended family. He will be greatly missed. RIP, Chef Bob

Sorry to hear that Bobby has passed away. Lot’s of pleasant long-ago memories of our large extended family. Bobby will be missed! Special condolences to the Loucraft family.
Ted and Ann Turcotte

I am sorry to hear of Bobby’s passing. Such a great guy! Worked with Bob at New England Telephone. Always had that great smile. So many great conversations. He will be missed. Rest In Peace Bob.

What a shock to read of Bob’s passing in the Sun! We worked together at N. E. Tel. Co. Renewed our friendship when his Father-in-Law, Bob M., became our best friend in 2001! Later on at Vic’s and Spinner’s games.

We will always cherish the memories of those fantastic pool party cook outs and meals at #43!! I’ll bet all the angels are enjoying his heavenly cooking now!

God bless and keep you Carolyn, Jennifer and all the Loucraft family.

So sad to hear about Bob. Our thoughts and prayers are with Carolyn and all of the family.

So sorry for your loss. Every day I drive by Highland and I think of you all. xo