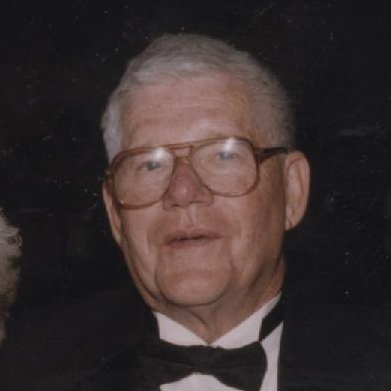 Robert L. (Bob) Bradford, Sr., age 93, of Chelmsford, MA, died peacefully in his sleep at home on February 12. Born in Wapakoneta, OH, in 1927, he lived through the Great Depression and served proudly in the Navy during World War II. Mr. Bradford and his first wife Betty spent forty years in Billerica, MA, where they raised a large family while he worked at and eventually retired from Raytheon. Betty’s death after fifty-two years of marriage devastated him, but after several years he met and married Theresa (Benoit) Bradford, his wife for the last fourteen years. He will be missed mightily and remembered lovingly by his wife, children, grandchildren, nieces, nephews, and friends. His family would like to thank the home health aides that helped care for him this past year with grace and genuine concern.

Smart, funny, modest, and kind, with a quiet strength and dignity, Bob enjoyed simple pleasures. He delighted in telling jokes (according to family lore he perfected, and perhaps invented, the “Dad joke”), summering in Scituate, golfing (into his eighties), watching the Red Sox, working in the garden, fixing cars, playing cards with his kids and grandkids, taking the occasional casino trip (where he played a mean game of blackjack), getting the best bargains at the grocery store (and then telling everyone his successful strategy), and, most of all, spending time with and helping his family and friends, for whom he would do anything. A devout Catholic, Bob was a regular mass attendee at St. Andrew’s in Billerica. His family was extensive: His long and loving marriage to the late Elizabeth (O’Hare) Bradford, blessed him with their ten children, twenty-two grandchildren, and seven (and counting) great grandchildren.

He leaves behind his wife Theresa (Benoit) Bradford, of Chelmsford; his children and their spouses, Joseph A. and Carol (Goldthwait) Bradford of Plymouth, Mary Anne (Bradford) and Mike McCarthy of Oley, PA, David R. and Jean (Crawford) Bradford of Grafton, John D. Bradford of Wakefield, Richard W. and Kim (Cartier) Bradford of Seabrook, NH, Christopher O. and Martha (McCray) Bradford of Tolland, Conn., Robert L. (Jr.) and Lynn (Pendergast) Bradford of Littleton, Jeffrey P. Bradford and Georgia Kritselis of Wilmington, Paul J. and Carla (Mond) Bradford of Bedford, and Margaret L. Bradford and her fiance Paul Roche of Billerica; his daughter-in-law Alice (Howard) Bradford of Shrewsbury; and his brother William Bradford of Fort Lauderdale, FL. In addition to his first wife Elizabeth, he was pre-deceased by his brother Richard Bradford of IN and his sister Rosemary (Bradford) Best of OH.

Funeral arrangements are not finalized at this time. A funeral mass and celebration of life service will be held at some point in late summer or during the fall. Please check back on the Dolan Funeral Home (Chelmsford, MA) website this summer for updated information. In lieu of flowers, we encourage a donation to Prevent Blindness of Chicago, IL, or another vision preservation research charity. ARRANGEMENTS BY DOLAN FUNERAL HOME

Written by grahamD2 on February 14, 2021. Posted in Obituaries