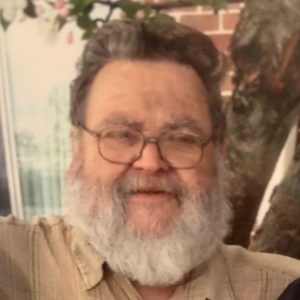 He was married to Kimberly A. (Dillon) Demers they celebrated their 31st wedding anniversary on April 16.

Born in Lowell on Dec. 28, 1955 the son of the late Joseph and Doris (Veilleux) Demers, son-in-law of the late Frederick and Joan Dillon both of Chelmsford; Roland attended Saint Joseph’s School in Lowell.

He retired from Ferreira Towing of Chelmsford and previously worked for the Chelmsford Public Schools, Gervais Buick, and Lowell Used Auto Parts.

Mr. Demers was a member of the Stony Brook Sportsman Club, a former member of the Knights of Columbus, and enjoyed watching his son play football never missing a game. He also enjoyed playing cribbage, and was an avid New England sports fan.

Besides his wife, he is survived by three sons, Roland Demers of Milo Maine, Joseph Demers and Jonathan Demers, both of N. Chelmsford, three daughters, Christen Custodio and her husband Juan of Raleigh, NC, Amanda Sharples of Herman Maine, and Katie Demers of N. Chelmsford. Three brothers, Joseph Demers and his wife Jane of Waltham, Paul Demers and his wife Mary of Dracut, and Richard Demers and his wife Kathy of Lowell, a sister Bernadette Carlson and her husband Donald of Sacramento, CA. He was also a beloved Uncle of Jessica Dillon who he saw as a daughter, among other nieces and nephews and several grandchildren. Roland’s strength came from his family and their love came from him.

His visiting hours will be Wednesday, May 8, from 4 to 7 P.M. DOLAN FUNERAL HOME, 106 MIDDLESEX ST. CHELMSFORD. Memorials may be made in his name to the American Heart Association P.O. Box 417005, Boston Ma 02241 or at www.americanheart.org. ARRANGEMENTS BY DOLAN FUNERAL HOME 978-256-4040. Guestbook at www.dolanfuneralhome.com

Richard,
So sorry for your loss. My deepest sympathy to you and your family.

Kim & Family, we are so sorry for your loss of Roland! So many good memories to carry along this had time of grieving.

My deepest sympathies
Tracey,Chelsea, and Joyce

Wishing you peace to bring you comfort, courage to face the days ahead and loving memories to forever hold in your heart

SO SORRY TO HEAR ABOUT ROLAND. HE WAS A NICE MAN. OUR DEEPEST SYMPATHY TO ALL OF YOU.

Our deepest sympathies, our thoughts and prayers are with you.
David and Becky Jewell

I am so very sorry! I wish I could be there for you!