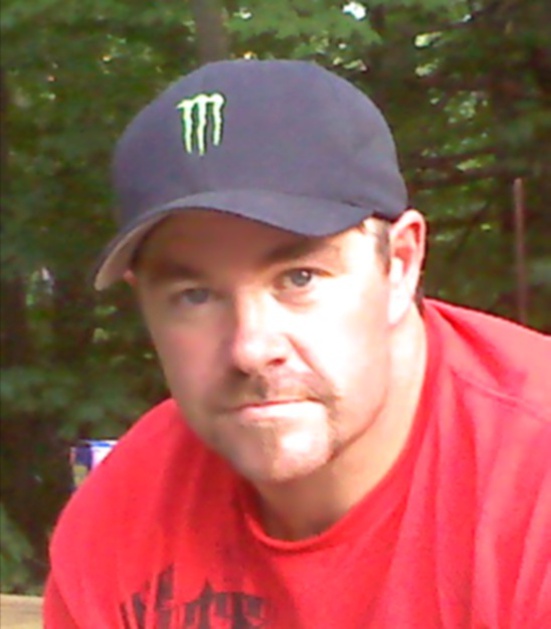 He was the beloved husband of Kami (Brooks) Nolet with whom he would have celebrated their 19th wedding anniversary on August 17th. Steve was also the loving father of Zachary Nolet, age 17, and Dylan Nolet, age 12, of Nashua, NH.

Born in Albuquerque, NM on April 19, 1972, the son of Edward and Judy (DeAmicis) Nolet of N. Chelmsford. A 1991 graduate from Nashoba Valley Technical High School, Steve studied to become an Autobody Technician. He worked for the last twelve years at St. Laurent’s Collision Center in Nashua, NH and also at Audiowerks Custom Cycles of Tewksbury.

Steve had a fierce passion for motorcycles and if you knew him it was evident by how he was always modifying or building something new. In addition to spending time with family and friends and riding motorcycles, he loved to fish and hunt.

Steve was a communicant of the Parish of the Resurrection Church in Nashua, NH.

Besides his wife, children and parents, he is survived by his sister and brother in-law, Victoria and Robert Budra of Nashua, NH; his grandmother, Beatrice DeAmicis of N. Chelmsford, MA; three sisters in-law, Debra Trueblood of Frederick, CO, Cynthia Hudson of Corrales, NM and Robin Brooks of Lincoln, NH; two brothers in-law and their wives, Kevin and Donna Brooks of Winston, GA and Kelly and Allison Brooks of Corrales, NM; four nieces a nephew and a great niece; many aunts, uncles and cousins.

Visiting hours are Fri. from 3:00 to 7:00 P.M. Funeral Service will be Sat. at 10:00 a.m. at the DOLAN FUNERAL HOME, 106 Middlesex St., Chelmsford, MA. Burial to follow in Fairview Cemetery, N. Chelmsford. For those that wish donations may be made in his name to the Home Health & Hospice Care 7 Executive Park Drive, Merrimack, NH 03054. ARRANGEMENTS BY DOLAN FUNERAL HOME 978-251-4041. Guestbook at www.dolanfuneralhome.com