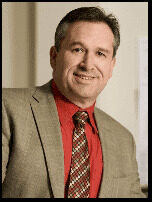 Tom was married to his loving wife Cheryl (Doherty) Guerette with whom he celebrated their 27th wedding anniversary this past October 8th.

Born in Cambridge, MA, he was the son of Barbara (Miele) Guerette and the late Roger Guerette. He graduated from Cambridge Rindge and Latin High School with the class of 1985.

Tom was involved in every aspect of the demolition industry since he was a teenager.  He was the Demolition Division Manager at S & R Corp. for nearly two decades and was previously a co-owner and operator of the family business R.S. Guerette Corp. both of Lowell, MA.

He was a member of the Kinnicum Fish and Game Club in Candia, NH and a member of the International Union of Operating Engineers (IUOE Local 4) of Boston. He enjoyed welding, hunting, playing golf, and spending time with his boys.

Besides his beloved wife and mother, he is survived by his two sons, Anthony Guerette and his fiancé Anna Conley as well as Jake Guerette and his longtime girlfriend Taylor Berry, all of Bedford, NH; his mother-in-law Mary (Preston) Doherty of Hudson, NH; his brother Stephen Guerette of Lowell, MA and many nieces and nephews. Tom was a role model, mentor and friend to many more.

Written by Cathy Lewis on January 3, 2022. Posted in Obituaries