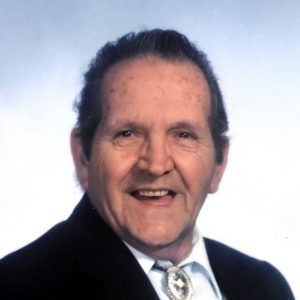 On March 30, 2019, Alphee Lorenzo Parent, (AKA “Big Al”) 86, of Chester,
VT, formerly of Lowell, MA, son of Joseph and Corona Parent, passed away in
his home surrounded by his family.  Born on April 12, 1932, Alphee is
survived by Patricia, the love and light of his life and wife of 66 years,
his eight children; 5 sons, Paul Parent, Mark Parent, Robert Parent,
Jeffrey Parent and his wife Lee Ann, Scott Parent and his husband Wade
Cote, and 3 daughters: Corinne (Parent) Davis and her husband Scott, Tina
Parent, and Elizabeth (Parent) Wagner.  He is also survived by 13
grandchildren and 18 great-grandchildren as well as many adoring extended
family members and friends.  He was the love of everybody’s life and his
joy for life and love cannot be described or contained.

Predeceased by his beloved sons in law, Ross Wagner and Leonard Belmarce.

Services will be held at Dolan Funeral Home, Chelmsford, MA, on Thursday,
April 4 from 4-8 PM.  In celebration of Alphee’s happy-go-lucky nature the
family invites attendees to wear Hawaiian shirts and/or Patriots attire to
the services.  In lieu of flowers, the family asks that donations be made
in his honor to the Dartmouth-Hitchcock Norris Cotton Cancer Center in
Lebanon, NH, or the University of Washington Merkel Cell Carcinoma Research
organization (merkelcell.org).

Uncle Al, I am so glad I braved the snowstorm two weeks ago and went up your mountain to visit you. It was great to hear all your memories of dad and all my uncles, some of which I had never heard. Good bye for now. Will keep you in my heart. Love, Cil

Uncle Al, you were the best uncle we could ever have. I am sorry I haven’t seen you recently. You were always so happy and so much fun and saw the best in everyone. You and Aunt Pat have been an inspiration to me and many others. Good bye for now. Love you!

Uncle Al- You will be sadly missed, I can still remember the the times you would deliver Mom and Dad some great meat, watching the old racing movies,taking that wild ride down the river in your speed boat, taking Dennis and I, for rides in the truck.You were and always will be the daredevil of the Parents, you will never be forgotten, always in my thoughts. Love Johnny

Uncle Al, you were always the best. You never had a bad word about anyone. You always saw the best and the funniest in people. You and Aunt Pat were the best parents because the kids were always the most important in your lives. You worked hard and you played hard. You were always the daring one. I will never forget when you took my Volkswagen (without my knowledge) on the ice at Long Pond. You stated you wanted to see if it would float. Thank God the ice didn’t break. I will always love you. You have so many loved ones waiting for you that I know I will see you again. In the meantime I will remember you with very fond and loving memories. Your loving niece, Jeannie

Uncle Al, you will always be in our happy memories because of the limitless joy that you brought into our lives. One of my menu memories Was the time we went into Boston to see a movie and on the way home you were driving (wrong way on a one way street, according to you, you were only going one way). That was the night Bob asked me to marry him because after driving with you he wasn’t sure that he would get another chance. Thanks to you we have so many wonderful memories. All our love!

Big Al……. The name sums it up. Bigger smile, bigger adventures, bigger than life.
Though it has been years since seeing you and Aunt Pat, I want to thank you for the special memories. Big Al, you won in this life. Keep winning in the next!
Love you
Nate