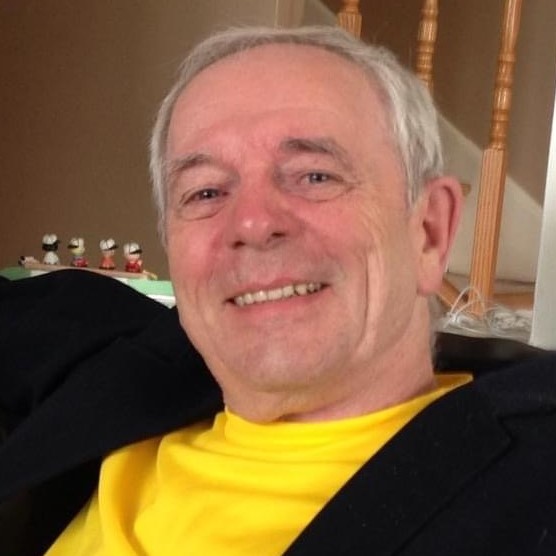 John J. “Jack” Lynch, 81 of Lowell, MA died at Lowell General Hospital on Sunday, August 29, 2021 with his family by his side. He was married to “his bride” Martha (Hajjar) Lynch for nearly 58 years.

Born in Lowell, MA, he was the son of the late Daniel and Lena (Martin) Lynch.

Jack was a graduate of Keith Academy with the Class of 1958. He then went on to further his education at Northeastern University, obtaining his Bachelor of Science Degree in Engineering; Suffolk Law School with a Juris Doctorate; and the University of Lowell with his MBA.

Jack worked at General Electric of Lynn, MA at the beginning of his career prior to establishing his own legal practice. Jack practiced law in Lowell and North Billerica for about 50 years until his retirement.

He was an active communicant with St. Margaret of Scotland Church of Lowell, MA, and was actively involved in the St. Vincent De Paul society as well as many other service ministries. His faith was strong, especially to the Blessed Mother, whom he would honor every May by distributing blue-ribboned “May Medals” to his family, extended family, and friends. He was a friend of Bill W. for over forty years and through this friendship was able to help many people.

Following the birth of his beloved grandchildren, Jack became fondly known as “Bampy” by all his family and close friends. Bampy adored his grandchildren and cherished spending time with them in Lowell and in his second home in the White Mountains. Bampy has been skiing with his grandkids since shortly after they could walk, and has enjoyed spending time with them and his extended family skiing all over the world as a member of the Von Hajjar Family Skiers in his highly respected role as “Jacques du Nord.” Jack loved to travel with his “bride” Martha, two of their most memorable trips being to the Holy Land and to Fatima. He always found a way to incorporate his love of God, his zest for adventure, and his fondness of his family into every aspect of his life.

Besides his wife, Martha he is survived by his son, Jay Lynch and Jay’s partner, Jennifer Forte of Chelmsford, MA; his two daughters, Beth and her husband John Geary of Lowell, MA and Kate and her husband, Jim Durkin of Lowell, MA; six grandchildren, Sarah Durkin, Katie Durkin-Cook and her husband Andrew Cook, Ashley Lynch-DaSilva and her husband Dylan DaSilva, Joseph Lynch and his partner Liz Cochrane, Meghan Geary and her fiancé Jake Conlon, and Matthew Geary; as well as several nieces and nephews. He was predeceased by his parents and his brother Daniel Lynch.

Written by jimydolan on August 30, 2021. Posted in Obituaries