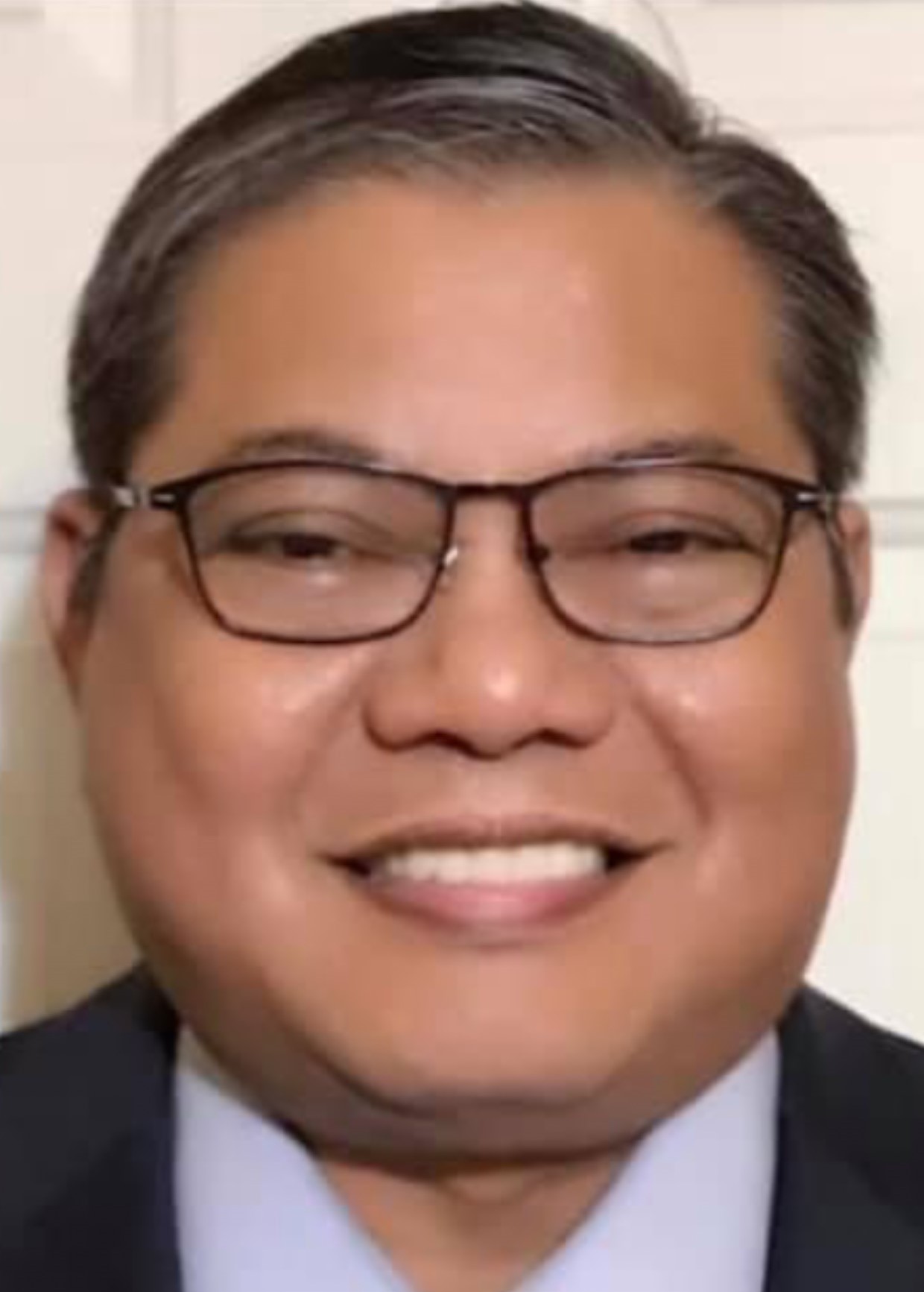 Marlon Lucero passed away peacefully on December 15, 2021 in Tufts Medical Center, Boston at the age of 59, due to cardiac arrhythmia and complications of end stage renal disease.

Marlon was born in Dupax del Sur, Nueva Vizcaya, Philippines, to parents Miguel Lucero and Florenda Salgado.  He grew up and spent his childhood in the urbanized city of Makati before moving to Mandaluyong during his school days.

In order for his mother to work and support the family, Marlon and his younger sister Mariet were placed in a shelter managed and supported by foreign nationals, the Children’s Garden, he was 9 years old then.  Life is a bit tough there at their young age, especially with his little sister missing their mother, Marlon has to be supportive.  His sister still remembers when Marlon would sneak into their kitchen at midnight to get some palm sugar and give it to her because she is hungry.  Though the shelter provides food, education, skills, guidance, religious activities, and a family living environment, no one can compare to the love and care of a mother, but Marlon and his little sister managed to cope by holding on to each other. When finally found a home-based work, his mother immediately took them out of the shelter.

In his youth, Marlon is an energetic and agile person.  At the age of 13, without his mother’s knowledge, he became an ambulant vendor selling cigarettes in a wooden box, popularly known as “takatak boys.”  He would hide his box under the stairs so his mother wouldn’t notice.  His errands finally ended when he was accidentally seen by his father in one of the busy streets of Mandaluyong.  Since Marlon was persistent to help in his own way, as an alternative, his mother would make candies made of condensed milk, cooked suman and banana turon for him to sell in school.

He doesn’t want to be a burden to his mother, so he chose to work during his college days.  As a working student, he would go to school in the afternoon and work the night shift in one of hotels and billiard halls in Caloocan owned by the Pagulayan family.  There he learned to play billiards and he was good at it.

He was a graduate of Manuel L. Quezon University with a degree in Civil Engineering.  During his senior year, he would sit-in on a class of geodetic engineering students, and that was how he earned his license as Jr. Geodetic Engineer, before he became a licensed Civil Engineer.

After graduation, he participated in one of the trainings held by the prestigious Japan International Cooperation Agency (JICA) in the Philippines.  This training became one of his valued credentials in looking for a job.  He was employed in BF Construction and DM Consunji in the Philippines, but he opted to find a much higher income so he went to work in the Kingdom of Saudi Arabia.

Marlon came to America in 1991 when he married Marivel, a nurse based in Massachusetts.  They divorced after years of marriage.  He moved to Manchester NH, and remarried in 2008 with a beautiful Filipina from the Philippines, and stayed with her until the last days of his life.

He is a Professional Civil Engineer in New Hampshire and was recently employed with AECOM of Chelmsford.  He also previously worked at U.R.S. of Boston, Pennoni Associates and Louis Berger Group.  Most of his projects were construction of roads and bridges.  So, when you are passing by a bridge, just think of him as one of the engineers who built it, a little prayer will make his day in heaven.

He is a master in his field and really enjoyed carpentry.

He was a communicant of St. Pius Church of Manchester, NH.

Preceded in death by his parents Florenda and Miguel, and half-siblings Benildo and Jacqueline.

Though Marlon is far away from the Philippines, he never stopped extending his blessings and helping hands to his dearest mother, sister and relatives.

“I am blessed, I have fulfilled my dreams, for my loved ones, I’m done and I’m happy, I’m good to go.”