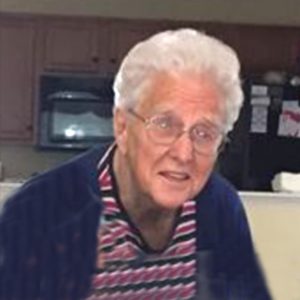 Mary Rita Duffin, 93, of Pepperell formerly of N. Chelmsford where she was a resident for 84 years.  She died on Thanksgiving Day, November 28, 2019 at her home surrounded by her loving family.

Born in Lowell, she was the daughter of the late Victor and Florence Beauregard.  She graduated from Chelmsford High School with the class of 1944.

She retired from DUSO Box Co. in N. Chelmsford.

She was a communicant of St. John the Evangelist Church of Chelmsford, MA.  She enjoyed reading and crocheting. Rita was an avid Red Sox fan.

She was the sister of the late Paul and Raymond Beauregard.

So sorry to hear about Rita. Love to Pat and family.

I am so sorry to hear about your dear mom. She was a special lady and I have many memories of her and Dunstable Rd growing up. I am thinking of all of you during this difficult time. Sending warm hugs from Colorado.❤️❤️❤️

Good memories of your mom when she worked at Duso with my mother (Doris Fontaine). Your mom was a strong woman. I thought of her every time I took a right turn onto Pine and saw the house. Your mother was a strong woman in a male dominated business. So sorry for your loss.

Thank you Nancy. I do remember her speaking of your Mom. I think I also remember her visiting Doris at Westford
House. I am very glad that my Mom is now at peace and painless, as I am sure you feel the same about your Mother.

Ed,
Sorry for your loss.

Dear Par,
I was so sorry to hear of Rita’s passing.
You took such good care of her for so long.
Please know you are in my thoughts and prayers.
Cherish the wonderful memories and know you have a very special Angel in Heaven.

Ma, The pain and suffering is over for you now and your actual passing was so peaceful as you prayed it would be.
We will all miss you in our daily lives as you were there all the time for whomever needed you. You loved us all and we all loved you back. Hoping you are safely “home” now with Dad, parents, brothers and sis in laws, grandparents and all family and friends you missed so much.
Til we meet again….
Love
Pat

Hi Mom
Happy Birthday!!! You would be 94 today. Everybody remembers. I went to the cemetery today – did you gear me sing happy birthday? I know I know I cannot carry a tune! Kristin, Savannah, and Aleighanna went to visit too and brought 3 painted stones. Karin and family didn’t visit but did think of you in Virginia. We miss you lots and pray that you are with Dad and everyone else!!!!
Goodnight, Love you forever.