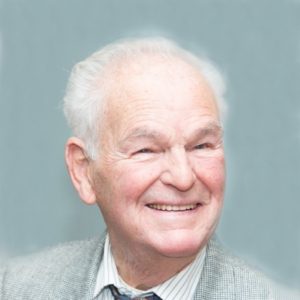 He was married to the late Ann Helen Lambert who died in 2012.

Born in Lowell, MA on October 9, 1931 the son of the late Thomas and Hattie Lambert. He attended Westford Public Schools.

Raymond retired from Raytheon of S. Lowell and Tewksbury in 1994. Previously worked at Guilmette’s Quarry and Fletcher Quarry both of Westford.

He was a communicant of St. John the Evangelist Church of Chelmsford.

He was a member of Past Time Club of Lowell.  He enjoyed bowling, ballroom dancing, singing, walking, and swimming in the ocean. He also enjoyed making beautiful birdhouses, one of a kind. He loved spending time with his grandchildren and great grandchildren.

Raymond is survived by his son Paul Lambert of New Mexico; three daughters, Gail and her husband, Gary Hartwell of Litchfield, NH, Sandra Lotti of Chelmsford and Diane and her husband, Ronald Reagan of Acton; two sisters, Theresa Valcourt and Rita Borges both of Nashua, NH; seven grandchildren; nine great grandchildren and many nieces and nephews.

There are no visiting hours. A Funeral Mass will be Thursday, May 2, 2019 at 11 A.M. at St. John the Evangelist Church in N. Chelmsford. Burial in the Memorial Cemetery, Tyngsboro. ARRANGEMENTS BY DOLAN FUNERAL HOME 978-251-4041.

Pepe, I love you and miss you. You will always be in my heart and memories. Thank you for all the special times and moments we shared. I love you from here to INFINITY!!!!!

Thank you Uncle Ray for always being there for any member of the family. Whether it be child, niece, nephew, grandchild, sister, brother, great grandchild. You always found time to bring a smile to your visits!

You always made everyone around you smile and laugh. You kept me in stitches. I know you are in heaven with all you loved ones. Rest easy Uncle Ray

To Paul and the Lambert family. I remember both your Mother and Father fondly. My sincere condolences. Hoping you’ll find comfort in your memories.

Uncle Ray I will never forget you. You were so kind to me. I remember you playing with me. Our chair game with the t.v. the lawn mower you said I could cut the grass with. I love you Uncle. I guess it’s time to finish the game of pool you started with Dad all those years ago.

Ray, thank you for the laughs and the chats that we had at the mall. I will miss you buddy! You have my permission to rest peacefully with your wife and other family members. The group in the mall will never be the same again, but your memory will live on and stay strong between all of us.

Watch over us all.

To Diane and the whole Lambert family I’m sorry to hear about your dad.your mom and dad were great people so many great memories. Shari Fortin Malek.

To all the Lambert children: so very sorry to hear, of late, the passing of your sweet father Ray. I was deeply saddened to hear this news. I have so many memories of our childhood and hope you are all doing well. Love and miss you all!!❤️ Fondly, Eileen Fortin

Dear Diane, Sandy, Paul, Gail and Family, I am so saddened to hear of the passing of your Dad, brother, uncle, and grandfather. Mr. Lambert was a big part of my happy early childhood memories in Lowell. Such a happy, funny, and caring person. I’m sure he is reunited with your Mom/grandmother in heaven……dancing and singing. RIP Mr. Lambert❤️