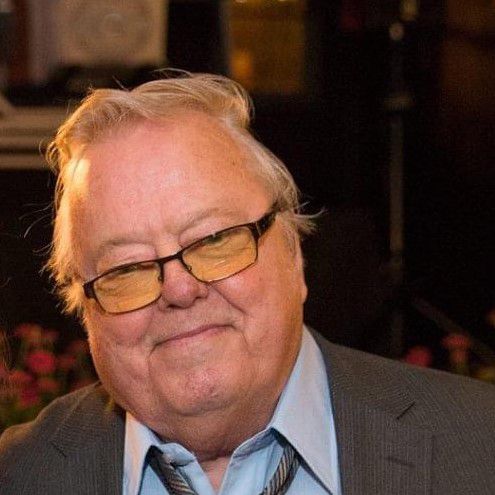 Roger Warren Wilde, 81, of Chelmsford passed away Thursday, December 30, 2021, having lived a full and loving life.

He entered this world on January 21, 1940, the son of the late Raymond and Elizabeth (White) Wilde. He graduated from Lowell High School as a part of the class of 1959.

Roger retired after a “52 years of a life sentence” as an Expeditor at Raytheon Technology Company in 2011.  His mischievous antics were well known by all;  “I don’t need any stinkin’ badges!” when prompted to show his ID, and telling new hires that they could pick up their free turkey or “honey of a ham” coupon from  the guard shack for various holidays.

He enjoyed music, boating, fishing, dancing, Film Noir, and was a big WWII buff, as well as a devout Yankees Fan (go Yankees!). He was an active member of the Tyngsboro Sportsman’s’ Club and a lifelong member of  The Chelmsford Elks. He also enjoyed spending his summers in Vermont entertaining his family and friends.

He was married to the late Marie P. (Hayes) for more than 33 years and was the father of the late Stephen Wilde and the late Kelly Putnicki. He was also predeceased by his twin, Gerald, and a brother, Donald.

He also survived by his fiancé Bernice Despres of Waltham with whom he spent 10 years and her family whom he loved.

Roger will be greatly missed by his friends in the Receiver Lab; Mike Kelly, Rube, Dick Kessler, Bob Thompson, Mark Koehnke, Steve Sparagna,(Pretty as a Rainbow),  and Leo Hanley.  His very good friend, Claude Cloutier, and the members of  the Valley Lake Association,   Aldea Duplessis and those of the “French Connection” are just a few who he enjoyed spending his time with.

ROGER WARREN WILDE, Chelmsford, MA. DUE TO COVID-19, SERVICES ARE PRIVATE. All are welcome to attend the funeral service virtually on Monday, January 10 at 11 A.M. at www.dolanfuneralhome.com ARRANGEMENTS BY DOLAN FUNERAL HOME 978-251-4041. In lieu of flowers, memorials may be made in his name to either St. Jude Children’s Research Hospital at www.stjude.org/donate/donate-to-st-jude.html, Ronald McDonald House at www.rmhc.org, or ASPCA at www.aspca.org/ways-to-give. Guestbook at www.dolanfuneralhome.com